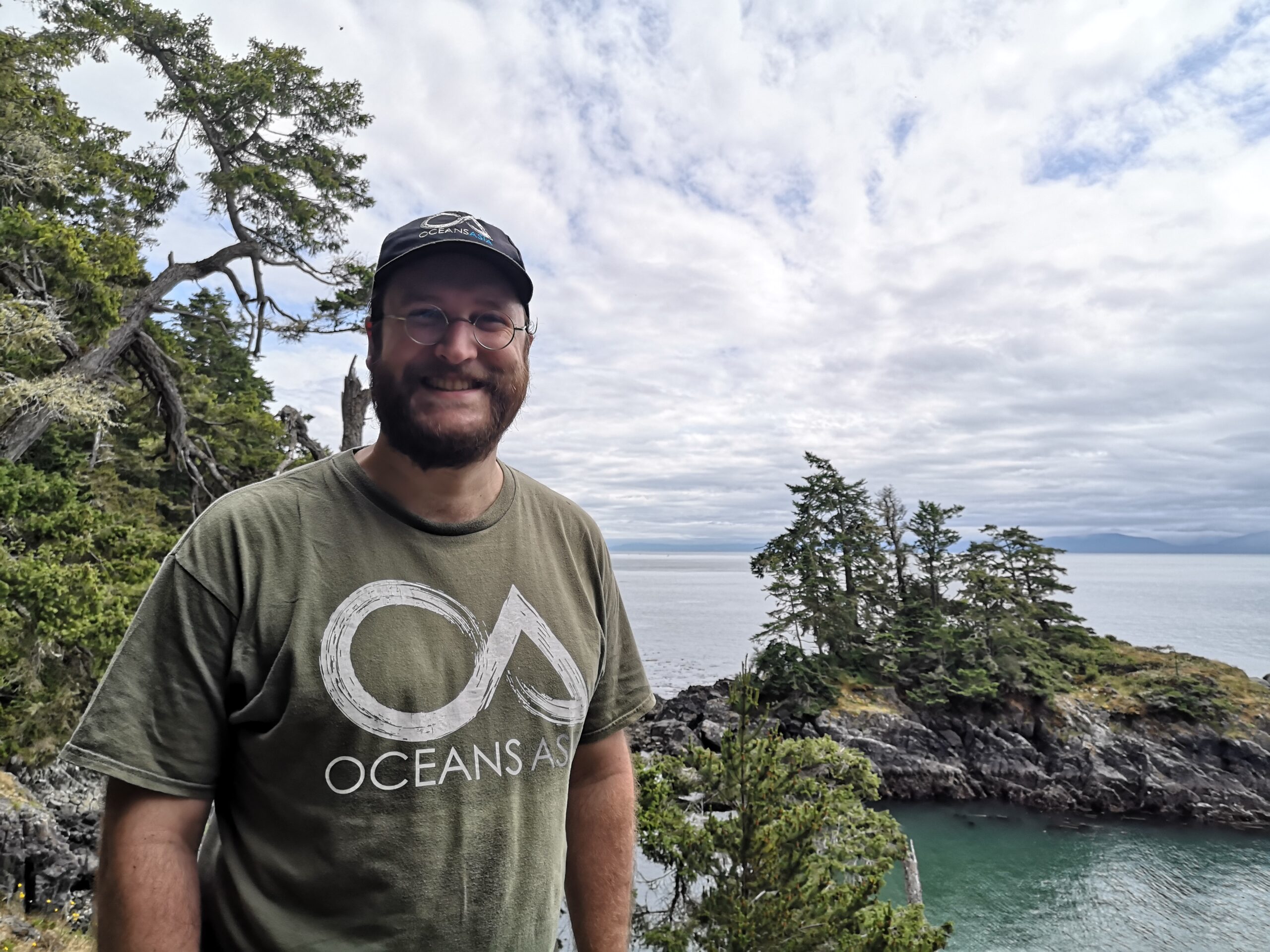 Through the work of his organisation, OceansAsia, Teale Phelps Bondaroff shares findings on the impact of COVID-19 on marine plastic pollution, particularly the effect which disposable masks have had on this issue.

The scale of plastic production globally is more than 359 million tonnes. Eight million metric tonnes are estimated to enter our oceans annually, equivalent to approximately eight million pieces of plastic a day. Marine plastic pollution kills approximately 100,000 marine mammals and sea turtles every year, and millions of sea birds. There are currently no confirmed estimates on the impact of plastics on other marine vertebrates and invertebrates.

During the COVID-19 pandemic, facemasks have become integral to the global response to limit the spread of the infection and help save lives. An estimated 52 billion masks were produced in 2020, triggering warnings from conservationists that single-use disposable masks, containing polypropylene, will contribute to a significant increase in plastic pollution. It is also estimated that masks will take 450 years to break down, releasing micro-particles of plastic into the environment in the meantime. The impact of this increased plastic pollution on marine life is already apparent, and severe.

Founded in 2019 by Teale and Gary Stokes, former Asia Director for the Sea Shepherd Conservation Society, OceansAsia brings an intelligence-based conservation approach to fighting illegal fishing and exposing marine conservation issues, including plastic pollution. During a visit to Hong Kong in April 2019, Teale and his team visited the remote, boat-in only Soko Islands, located south of Lantau, which they used as a test site to monitor plastic pollution and conduct research projects. They discovered plastic over five feet (1.5m) deep which was washed up on the beaches, and ranged from household items, such as toothbrushes, to a television and a fridge, bringing into stark relief the level of plastic pollution in the region. Due to the remote nature of the islands, the vast majority of the rubbish washed up is from rivers and the local fishing industry, rather than inhabitants and tourists.

OceansAsia teams regularly visit this test beach, and on a visit in late February 2020, they found 70 masks spread along 100 metres of beach. Whilst this is a small number compared to the estimated number of masks being worn and disposed of globally, this finding highlights a new addition to marine plastic pollution, and one that is travelling to isolated parts of the world. More masks are being discovered upon each return visit. For example, in November 2020, two OceansAsia team members collected 54 masks from the same beach in an hour.

The increase of masks appearing on beaches and streets can be linked to a country’s stage of COVID-19. For example, masks tend to appear as lockdowns ease and people resume work and other everyday activities. It can only be expected that the number of masks entering our oceans will increase in the near future.

The appearance of masks in our oceans can be attributed to a number of reasons, such as poor waste disposal practices amongst people and weaknesses in waste management systems. The lightweight nature of the masks also makes them susceptible to being blown away from landfill sites. 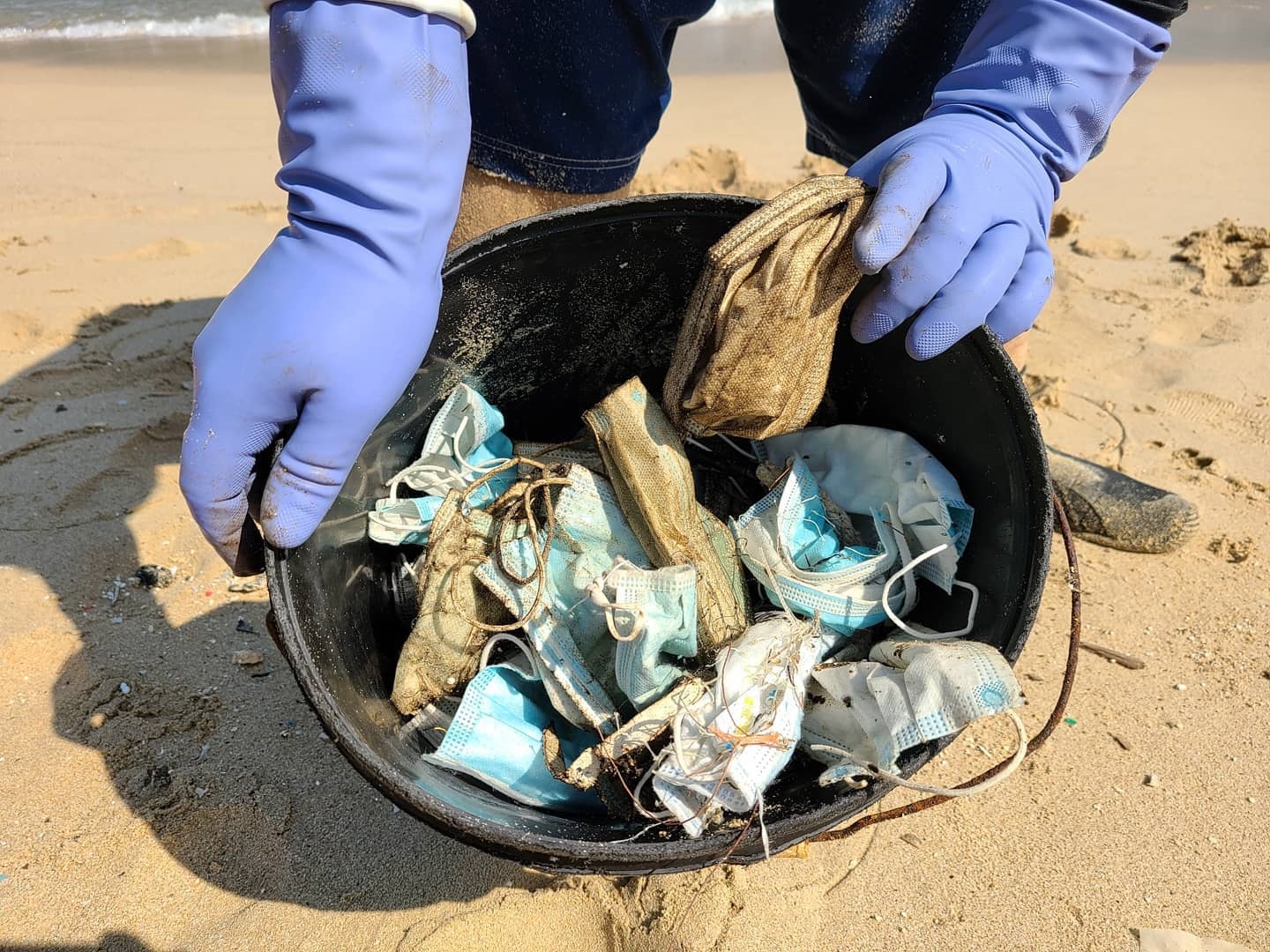 A threat brought to light

The issue of marine plastic pollution is not a new one, however Teale feels that the prevalence of mask wearing globally as a result of COVID-19 has helped highlight the threat of plastic pollution more generally and will help change attitudes towards single-use plastics. Photographs taken on the Soko Islands and shared on OceansAsia’s website and social media pages have led to over 2,500 news stories, in 70 languages, on the impact of COVID-19 and marine plastics pollution. For a small organisation, this is an important breakthrough in raising awareness of an issue that is often hidden.

In a recently released report, authored by Teale, OceansAsia estimated that over 1.56 billion face masks will likely enter our oceans in 2020, amounting to between 4,690 and 6,240 tonnes of plastic pollution. For most people, marine pollution may equate to what they see washed up on beaches, but the impact of microplastics
ingested by marine creatures, or ghost nets (lost or abandoned fishing nets which end up almost invisible in the
water) trapping fish and marine creatures on the ocean floor, goes unseen and often ignored.

The need for consistent action

The sudden increase in disposable masks and other single-use plastics during the pandemic has been accompanied by pauses in single-use plastic bags and laws aiming to reduce plastic consumption, further threatening to roll-back steps made pre-COVID to tackle plastic pollution and change public attitudes.

Research suggests that inaction will result in a dramatic increase in the amount of plastic entering the ocean, and that even with different conservation efforts, plastic pollution will increase over the next few years. For Teale, taking action now to raise awareness of plastic pollution and the impact of COVID-19 is critical to motivate people to reduce the use of single-use plastic and plastic consumption more generally, by seeking alternative options.

In a recently released report, authored by Teale, OceansAsia estimated that over 1.56 billion face masks will likely enter our oceans in 2020, amounting to between 4,690 and 6,240 tonnes of plastic pollution.
1. We use cookies on our website to give you the most relevant experience by remembering your preferences and repeat visits. By clicking “Accept”, you consent to the use of ALL the cookies. 2. This website is not optimized for Internet Explorer users.
Cookie settingsACCEPT
Privacy & Cookies Policy