Minister thanks retiring Commissioners for contribution to development 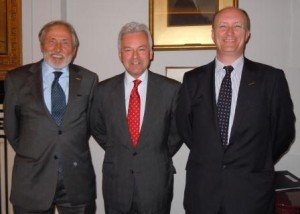 The Minister thanked three retiring Commissioners, and emphasised the importance of the Commonwealth and the value of scholarships in contributing to DFID’s development objectives.