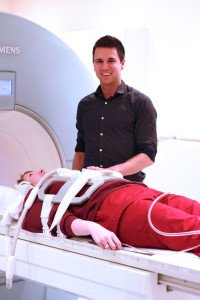 A panel of expert judges drawn from a multidisciplinary background met on 17 December 2013 to judge the 2013 competition, which had received 61 entries. The final judging meeting followed a rigorous process which had included two shortlisting stages.

The winning paper ‘Preterm Heart in Adult Life: Cardiovascular Magnetic Resonance Reveals Distinct Differences in Left Ventricular Mass, Geometry, and Function’ was published in Circulation, the Journal of the American Heart Association (Vol 127, Issue 2, 2013). The paper was based on a major area of Adam’s doctoral research, examining the impact of pre-term birth on the development of the heart. The judges were impressed by the extensive study population used for this clinical research, praising Adam’s work for its thorough methodology, clarity and contribution to medicine.

The article explores, for the first time, the impact of preterm birth on left ventricular structure and function in humans. Advancements in clinical care have led to a growing number of preterm-born individuals now entering adulthood, such that up to 10% of young adults have been born prematurely. Therefore, any adverse health impact of this unusual developmental pattern is relevant to a large population of adults.

The CSC and Taylor & Francis would like to congratulate Adam and look forward to awarding him the prize of £1,500 and a year’s personal subscription to a journal of choice published by Taylor & Francis. There was a high calibre of entries for the prize, and the CSC congratulates all the Commonwealth Scholars who entered on the publication of their research.