A career in forensic science 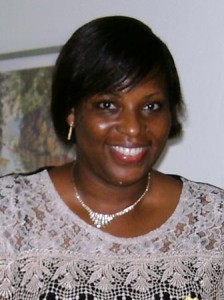 Judith Mowatt (1998 Commonwealth Scholar from Jamaica, PhD in Toxicology at the University of Manchester) spent her award researching in the field of genotoxicity, and she believes that her award has had a wide impact, not just on her career but in her professional field. Judith’s appointment as Director of the Forensic Science Laboratory at the Ministry of National Security in 2007 has enabled her to modernise the institution. ‘As a civil servant, I would not have been able to afford my PhD. The Commonwealth Scholarship award made this dream a reality and has given me the training to make a tangible difference to my place of work and to Jamaica as a whole.’

Judith has participated in drafting the terms and conditions for the operation of Jamaica’s first sexual offenders’ register, and has written the proposal documents for the establishment of a national DNA database. She has also been instrumental in the reorganisation and restructuring of the island’s Rape Units. Internationally, Judith is Jamaica’s forensic representative to Interpol and on the forensic subcommittee of the CARICOM Implementation Agency for Crime and Security, and is one of the country’s representatives on the Caribbean DNA working group.