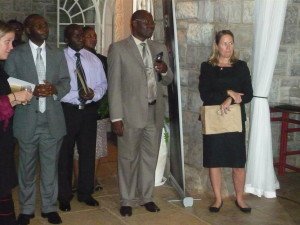 This year the Kenya chapter held its second Annual General Meeting on 24 February 2012, and activities since the inaugural meeting in 2011 have included networking and participation in projects (the Royal Commonwealth Society’s ‘Me and My Net’ initiative to combat malaria).

In May 2012 chapter members met UK MPs from the Commons Foreign Affairs Committee at the British High Commission in Nairobi. Alumni gave a presentation on the impact of Commonwealth Scholarships in Kenya, outlining the types of awards offered to Kenyan citizens, networking opportunities for Kenyan alumni, and the new opportunities offered by the CSFP Endowment Fund. Chapter representatives also attended a pre-departure event at the High Commission in Nairobi on 30 August to facilitate networking with new UK government-funded scholars and alumni. 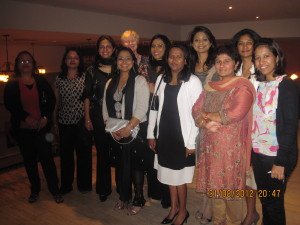 Alumnus Dr Rajesh Jeetah (2002 Commonwealth Fellow, Engineering, University of Cambridge), Minister for Tertiary Education and Industry, who participated in the CCEM, was amongst more than forty guests who attended the event. Many of the guests were members of the Mauritius chapter, as well as two current CSFP Endowment Fund scholars. CSC Commissioners Christine Humfreys and Richard Middleton, and Dr John Kirkland (Executive Secretary of the CSC) were also at the function, together with staff from the British Council and the British High Commission.

Speeches were given by the President of the Mauritius chapter, Souda Rosunee, and Dr John Kirkland. Afterwards a video demonstrating the impact of Commonwealth Scholarships alumni in Mauritius (first shown to ministers during the CCEM), was played for all assembled guests.

Alumni members had played an active part during both the CCEM and the parallel ACU Post-secondary education conference. Alumni were also contributed to the drafting of the statement and communique issued by the conferences. Alumni members also took part in a Gender Focus Group discussion on Wednesday 29 August.

The CSC is grateful to the Mauritius chapter for all their organisational assistance and participation in the conferences and alumni reception.