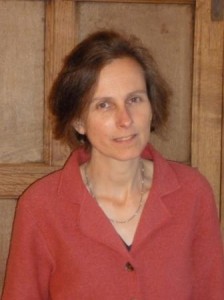 Alexandra’s research focus on the religious and cultural history of early modern Britain motivated her to come to the UK for her PhD – at the time of her award in 1990, she remembers that the vast programmes of digitisation that have now given people across the world access to early printed books and manuscripts did not exist.

Her Commonwealth Scholarship enabled Alexandra to pursue studies in early modern history at the University of Cambridge, and she acknowledges that it had “a completely transformative effect on my career.” Cambridge helped establish Alexandra’s later career. As well as providing access to documents and manuscripts, Alexandra was able to forge important relationships and connections with fellow students and lecturers. A formative influence was her supervisor, the Regius Professor of History, Patrick Collinson, who had himself spent several years at the University of Sydney.

The PhD provided the foundations of a career that began with a lectureship at the University of Exeter in 1996, later promotion to Chair of History and election to Fellow of the British Academy in 2009. Alexandra returned to Cambridge to take up her current Chair in September 2010. ”It is a great honour (as well as a considerable responsibility!) to be in this position to help shape how the field develops here and more broadly in the coming years, and to nurture and learn from the next generation of undergraduate and postgraduate historians of the early modern world. Teaching for me is a vital part of my vocation and I only hope I can pass on some of the passion that others conveyed to me at the same critical juncture in my own intellectual journey.”

Looking back over her career so far, Alexandra believes that her PhD “was perhaps the hardest challenge and struggle at all.” This was a study of the idea of providence in sixteenth- and seventeenth-century England– the belief in divine intervention. Recently, she has written on the complex history of religious tolerance and intolerance in the same period and tried to understand the intricate relationship between the impulses towards prejudice and persecution and towards peace and coexistence “a question that, of course, has significant topical relevance and resonance.”

Alexandra’s most recent book, “The Reformation of the Landscape: Religion, Identity and Memory in Early Modern Britain” (Oxford University Press, 2011) has been a long process and “has stretched me in many and diverse directions.” The book is an investigation of how the religious changes associated with the Reformation and associated intellectual, cultural and scientific developments affected perceptions of and practices associated with the partly natural and partly man-made environment – trees, stones, wells, hills, prehistoric monuments, and other topographical features – and of the ways in which the landscape was implicated in the making of collective and individual identity and memory.

This project has pushed her understanding far back into the medieval past and forward into the eighteenth and nineteenth centuries, as well as to encompass the British Isles in its religious entirety. “Its theme is large and expansive. It has necessitated an exploration of many scattered and difficult documents and texts, and required me to read them creatively and often against the grain.”

As an academic who understand the importance of the inter-relationship between different periods and cultures, Alexandra values the opportunity scholarships provide in creating new, tangible academic linkages, as opposed to the scope for online academic interaction. “The opportunity to transform those virtual exchanges into face-to-face encounters and experiences through international scholarship schemes cannot be underestimated. Students who are fortunate enough to be the recipients of these awards benefit immeasurably from them and contribute in their own individual ways to those cultures in return.”