The Commonwealth Scholarship Commission in the UK (CSC) and Taylor & Francis Group are delighted to announce the winners of the 2021 Research Impact Awards (RIA). 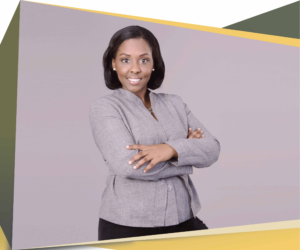 Dr Dacia Leslie is the winner of the 2021 CSC Research output stream for her article Reassessing Conditions of “Prison” in Jamaica published in International Criminal Justice Review. Dr Leslie is a 2011 Scholar from Jamaica who gained a PhD in Criminology at Cardiff University. Her article examines prison conditions in the Jamaican context and looks at the extent to which recommendations from the ‘Improving Prison Conditions in the Caribbean’ Conference might have been implemented.

Whilst results suggest that since the Conference noticeable steps have been taken by state authorities in Jamaica to improve the quality of the rehabilitation experience, Dr Leslie argues that more meaningful reforms are needed to enable inmates to lead crime-free, productive lives upon release. Dr Leslie also makes recommendations on how serious offenders can be better supported to experience effective reintegration.

Global prison populations continue to grow despite evidence of the continued risks to prisoners’ safety, security, and human rights. Jamaica’s recidivism rate of 41% indicates a problem both within the correctional system and wider society and suggests that the country is not on track to achieve a ‘just, peaceful and inclusive’ society by 2030, as outlined in the United Nations Sustainable Development Goal 16. Approximately 50% of Jamaica’s custodial child population are in pre-trial detention and approximately 59% of adults admitted to correctional institutions serve 12 months or less, and indeterminate sentencing continues.

Findings from the paper are reflected in the Caribbean Youth Advocacy & Action Agenda on Violence Prevention, entitled ‘Creating a Culture of Peace’, and the monitoring and evaluation framework for Jamaica’s National Poverty Reduction Programme which help foreground the concerns of persons deprived of liberty on the national and regional policy agendas. These initiatives continue to amplify the experiences of ex-offenders by promoting and advocating for their social reintegration needs.

The needs spotlighted in the article have also inspired the formation of the Crime Prevention and Offender Management (CPOM) research cluster, chaired by Dr Leslie, which advocates for criminal justice reform in the Caribbean region through collaboration and research. This advocacy work continues and complements broader efforts to strengthen global peace, security, and governance through promoting the social inclusion and citizenship of inmates and ex-offenders (including deported migrants). This research work has included developing an Integrated Strategic Plan for witness care in Jamaica which was formally presented to the Minister of Justice, the Honourable Delroy Chuck, QC, MP, on 28 October 2020 on behalf of Global Affairs Canada and the United Nations Development Programme.

Dr Leslie’s research has featured in further publications, including a single-author book entitled ‘Recidivism in the Caribbean: Improving the Reintegration of Jamaican Ex-prisoners’, which received the Principal’s Award for Best Faculty of Social Sciences Research Publication for the 2019/2020 academic year from the University of the West Indies, Mona Campus. 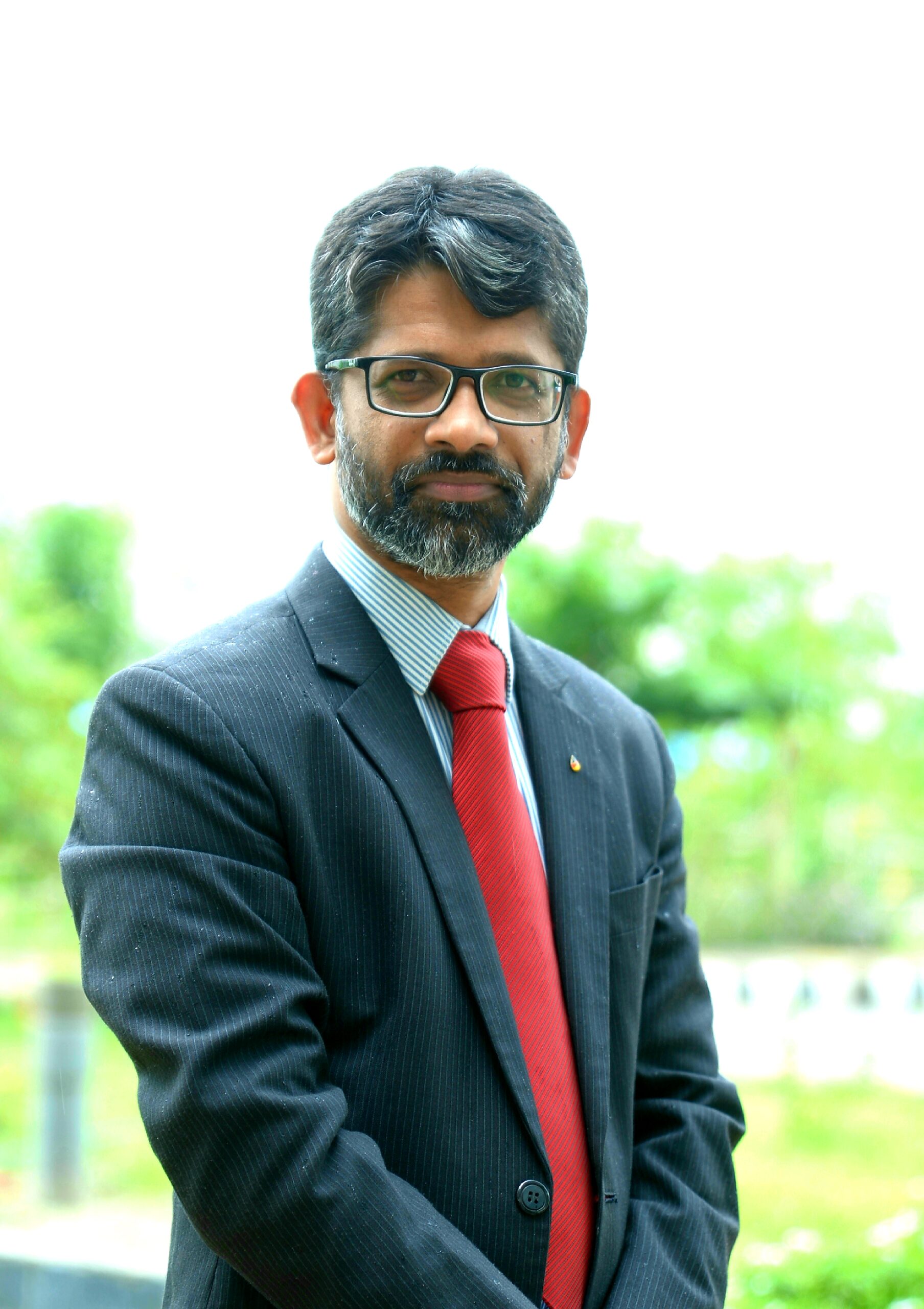 Professor Dr M. Shafiq-Ur Rahman is the winner of the 2021 Taylor & Francis CSC Research Implementation and Uptake stream for his article Public bike-sharing schemes (PBSS): Prospects in Bangladesh published in Transport Research Part A: Policy and Practice. Professor Rahman is a 2017 Commonwealth Fellow and 2009 Commonwealth Scholar from Bangladesh. He is now a professor in the Department of Urban and Regional Planning at Jahangirnagar University in Bangladesh. In his article, Professor Rahman discusses the feasibility of implementing public bike-sharing schemes (PBSS) in Bangladesh, particularly in Dhaka city, and the major issues that need to be considered.

The research recommendations outlined in the Professor Rahman’s article have already been implemented at the local level in Bangladesh. Based on the guidelines and suggestions provided in the paper, PBSS have been initiated in seven different locations, including Jahangirnagar University. Working with private company, Jobike Limited, the first of these public bike-sharing schemes was introduced in Jahangirnagar University where Professor Rahman works.

The findings from Professor Rahman’s research have been incorporated into the undergraduate city and transport planning course curricula in several universities in Bangladesh, and already seven students have conducted undergraduate and postgraduate dissertations on PBSS. An earlier version of Professor Rahman’s article was presented at the 13th International Conference of the Eastern Asia Society for Transportation Studies (EASTS) on “Redesigning Transport & Logistics for the Rise of Asia” held in Colombo in Sri Lanka from the 9-11 September 2019. The final research findings were subsequently presented to a congress seminar held on ‘World Cities Day 2019’ in Dhaka in Bangladesh.

Professor Rahman’s research has also been taken up by the Dhaka Transport Coordination Authority (DTCA), the leading body for transportation planning and management in Dhaka city, which has conducted a feasibility study on the implementation of PBSS in Dhaka city and a scoping study is also currently underway. In addition, there have been consultation meetings with NGOs in Dhaka to share the results of the research and encourage wider deployment of the scheme. 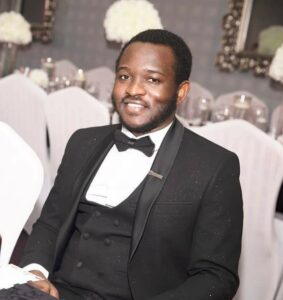 The world’s energy demand is dependent on the large-scale utilisation of fossil fuels as energy sources, which has brought about serious global environmental problems. Bioenergy derived from direct sunlight and waste organics in specialised types of bioreactors, namely photobioreactors (PBRs), are regarded as clean fuels with great potentials of substituting fossil fuels. However, the efficient design and upscaling of these PBRs to sustainably meet the ever-increasing energy demands has been limited primarily by light attenuation challenges: uneven availability of  local light conditions for photosynthetic conversion by microbial cells in PBRs.

Using the model proposed in Bovinille’s article , cells within the PBR’s dark region can be frequently transferred to the light region for photosynthesis, alleviating light attenuation while maintaining a high biomass growth rate and biofuel production. This research represents an important biotechnological advancement for the economic viability of sustainable biofuel production in PBRs and was conducted in collaboration with researchers at The University of Manchester and Imperial College London.

This year saw 47 entries for the CSC Research Impact Awards from current doctoral Commonwealth Scholars and Commonwealth Alumni. Alongside the winners, the judges selected two highly commended articles. They are as follows:

Sheikh Ali, a 2011 Split-site Scholar from India, for his paper Serial interval of SARS-CoV-2 was shortened over time by nonpharmaceutical interventions.

The award winners and highly commended articles were chosen by a panel of experts drawn from multidisciplinary backgrounds in science and social science.