Citizenship and the Commonwealth report published 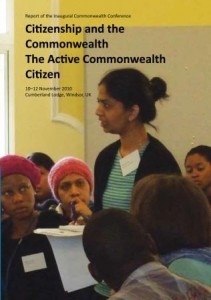 More about the Commonwealth Conference