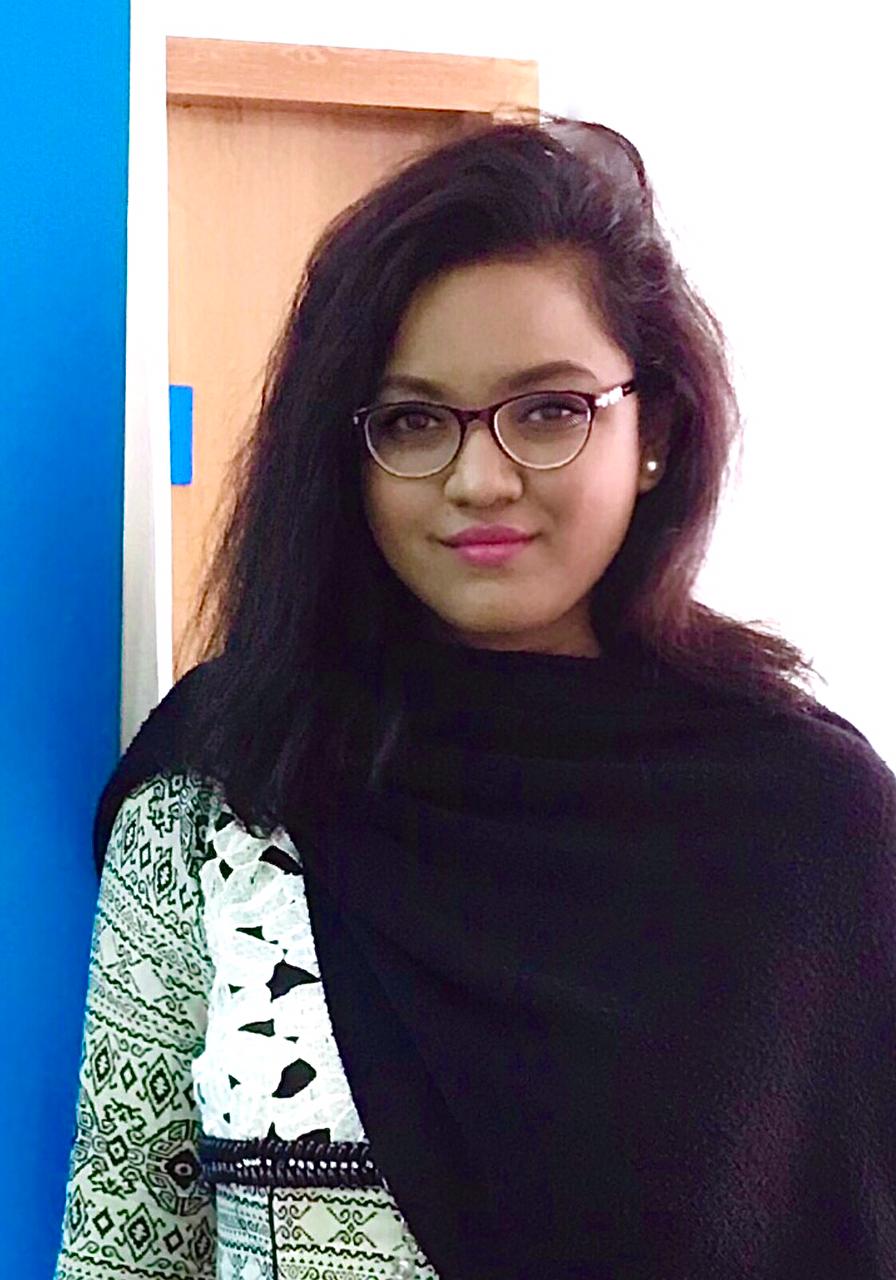 MSc in Risk and Environmental Hazards

Commonwealth Alumnus Sirazoom Munira is currently supporting the Government of Bangladesh in its ongoing Presidency of the Climate Vulnerable Forum (CVF) and Vulnerable Twenty (V20) as a Programme Officer for the CVF and V20 support program of the Global Center on Adaptation (GCA) based in Dhaka. In this article, she shares insights into her role with the CVF and V20 and Bangladesh’s leadership on national and global climate change commitments, ahead of COP26.

The Climate Vulnerable Forum (CVF) is an international partnership of countries which are highly vulnerable to a warming planet. The Forum serves as a South-South cooperation platform for participating governments to act together to deal with global climate change.

Founded in 2009, it currently comprises 48 member states, representing some 1.2 billion people from Asia, Africa, Latin America, the Pacific, and the Caribbean. CVF has been representing the commonly-held priorities of vulnerable countries by driving the 1.5 degree goal which lies at the heart of the Paris Agreement and ensuring that the goal is delivered by international communities. In 2015, CVF established the V-20, a dedicated international collaboration of finance ministers tackling the climate crisis by mobilising economic responses and programmes to leverage public and private finance for enhanced responses.

The CVF and V20 are led by a 2-year rotational Presidency and, for the second time, Bangladesh has assumed Presidency for the 2020-2022 term, under the leadership of Honorable Prime Minister (HPM) H.E. Sheikh Hasina as the Forum’s Chair. The Forum is supported by a dedicated Secretariat, hosted by the Global Center on Adaptation (GCA), a new international organisation with regional offices in China, Bangladesh and Côte d’Ivoire, dedicated to the challenge of adapting to climate change and headed by former UN Secretary-General Ban Ki-moon. It works hand in hand with the CVF and V20 due to its hosting of the Forum’s secretariat.

An urgent need for action

Extreme climate events in Bangladesh are responsible for an approximate loss of 2.5% in GDP each year. While the country has made robust progress in developing disaster-resilient infrastructure in recent years, its ability to bounce-back is constrained by several contextual realities, which are compounded by the COVID-19 health emergency and an influx of 1.1 million Rohingya refugees. Despite these issues, Bangladesh is increasing its collective ambitions with its own resources, establishing the Bangladesh Climate Change Trust Fund (BCCTF), worth USD 450 million, supporting 800 adaptation and resilience projects, and investing 2.5% of our GDP on average to the same.

As a result of Bangladesh’s leadership in issues related to climate change, the GCA inaugurated its South Asia Regional Center in Dhaka to forge regional and global partnerships, including the CVF. This year, I joined the GCA in its global support program to the Forum as the primary liaison point with the Bangladesh presidency across the breadth of the CVF and V20 streams of work. My role includes analysing intergovernmental policy processes, arranging representational engagements with liaison focal points, and conducting cutting-edge research to support the CVF Special Envoy, Mr Abul Kalam Azad, and Expert Advisory Group in ensuring effective implementation of CVF activities.

My ongoing activities supporting the Presidency are focused on realising its priorities for COP26, with other key aims both domestic and international. These activities include taking urgent action to combat the climate emergency by safeguarding the 1.5 degree goal under the Paris Agreement, and support the promotion of a successful United Nations Framework Convention on Climate Change (UNFCCC) COP26 outcome. These priorities are also championed by CVF Thematic Ambassadors, which include Former President of the Maldives Mohamed Nasheed (who represents the theme ‘Ambition’), Senator Loren Legarda (‘Parliament’), Tosi Mpanu-Mpanu (‘Renewable Energy’), Kathy Jetnil (‘Culture’), and Saima Wazed Hossain (‘Vulnerability’).

Advocating through the CVF

With the support of the permanent mission of Bangladesh to the UN Office in Geneva, CVF organised joint global events on climate change priorities involving health, human rights and labour, and has advocated for the creation of a dedicated UN Special Rapporteur on climate change and human rights to promote ambitious, rights-upholding climate action. The CVF Parliamentary Forum is also under active development in order to foster active collaboration of Members of Parliament across CVF states to foster a legislative framework and a unified political manifesto to pursue the planetary prosperity agenda, maximise resilience, and achieve other CVF goals.

After witnessing major economies failing to upgrade their Nationally Determined Contributions (NDCs), CVF Chair HPM H.E. Sheikh Hasina launched the ‘Midnight Survival Deadline for the Climate’, which called for all nations to deliver on the Paris Agreement with enhanced and updated NDCs by the agreed ‘survival deadline’ of 31 December 2020. Over 70 governments came forward with revised NDCs, however all climate-vulnerable countries wish to see all G20 countries submit ambitious NDCs before COP26 and the Chair has called on all nations to strive to do more.

In October 2020, during the UN General Assembly, HPM H.E. Sheikh Hasina launched the Planetary Prosperity Agenda of the CVF and V20 and called for the development of Climate Prosperity Plans (CPP) to address the urgent need to attract new investments to drive prosperity, deliver progress towards members’ 100% renewable energy, and stride towards maximal resilience. The Mujib CPP represents the first Plan in the climate-vulnerable countries’ planetary prosperity agenda and is named after Bangladesh’s Founding Father, Bangabandhu Sheikh Mujibur Rahman. Under the Plan, the Government has already planted 11.5 million trees and, under the leadership of the key ministries, we are advocating towards strategic and resilient low-carbon investment frameworks to be integrated into national development plans which will stimulate Bangladesh’s growth and prosperity.

My journey with the CVF Presidency has been one that has allowed me to contribute to strong long-term impact to forge both national and international development – just as I had envisioned as a returning Commonwealth Scholar to Bangladesh from the UK. Undeniably, the Commonwealth Scholarship had a multiplier effect in my professional development as it opened doors to many new opportunities. With my appointment to represent GCA and work with South Asia Regional Office, I am living my dreams to help make a difference in the lives of the climate-vulnerable communities across the world. I owe a large part of my learning to working with our outstanding CVF and V20 global team, as together we continue to support the ongoing CVF Presidency of the Bangladesh Government and tackle this unprecedented climate crisis with a common purpose and with our common voice.

Under the leadership of the key ministries, we are advocating towards strategic, low-carbon investment frameworks to be integrated into national development plans which will stimulate Bangladesh’s growth and prosperity.
1. We use cookies on our website to give you the most relevant experience by remembering your preferences and repeat visits. By clicking “Accept”, you consent to the use of ALL the cookies. 2. This website is not optimized for Internet Explorer users.
Cookie settingsACCEPT
Privacy & Cookies Policy