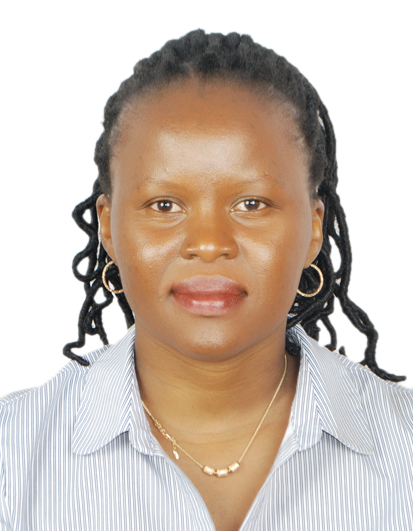 Sunday Sarah Fortunate, a Climate Change specialist, highlights her involvement in building relationships and accelerating the sharing of climate change knowledge among stakeholders across Uganda.

Uganda, like many countries, is disproportionately experiencing the effects of climate change. Since 2007, the country has experienced incidences of extreme weather patterns, such as prolonged dry spells, flooding, and landslides, and the reduced water levels of Lake Victoria, which has affected electricity generation and has led to massive nationwide power outages. Addressing climate change is critical for poverty reduction and sustainable development in Uganda.

Uganda’s government has developed legal, policy, and institutional frameworks and strategies at the national, regional, and international level to create an enabling environment, which will move away from conventional development and transition toward a new paradigm that supports climate resilient sustainable development. The Uganda Vision 2040 and National Development Plans I, II and III recognise the need to address climate change through knowledge generation and dissemination across the country. Uganda’s National Climate Change Policy also recognises the need for climate change education, research, and knowledge management. In response, Makerere University (MAK) spearheaded climate change action through its mandate: teaching, research, and outreach.

From July 2016 to December 2017, I joined the FHI 360 team as a Climate Adaptation Specialist and Deputy Chief of Party (COP) for ERICCA. I deputised the COP in management, administration, and implementation of day-to-day activities, and was involved in developing strategic work plans, programme design and implementation, stakeholder management and partnerships, capacity building, research, and programme and financial reporting.

As part of my role, I was responsible for coordinating the implementation of short-term training to external stakeholders to build networks and support MUCCRI in communicating and disseminating climate change adaptation information to an array of contacts across Uganda.

Alongside my ERICCA team, I built partnerships with a range of stakeholders, including the International Water Management Institute (IWMI), Food and Agriculture Organization (FAO), and United Nations Framework Convention on Climate Change and (UNFCCC) Regional Collaboration Centre Kampala, and provided both technical and financial support to MUCCRI to design and deliver cutting-edge short- and long-term training. The training was designed to increase climate change knowledge amongst students, staff, and external stakeholders, including public sector institutions, civil society and farmer groups, and create a community of climate-informed contacts to support the integration of climate adaptation and mitigation interventions.

In some cases, training was jointly designed and delivered by MUCCRI, ERICCA, external development practitioners, and academic staff for students from CAES, other MAK schools, universities, and stakeholders. This was intended to support the development of MAK as a ‘climate smart’ institution, with access to information and proven technologies, tools, and practices to support a solid academic foundation in climate change across the institution. The training included short courses and monthly lecture series, among others.

As part of the training for external stakeholders, we designed a Climate Champions Programme, targeted at the private sector, district environmental and natural resources officers, other local government district officers, civil society organisations, and farmer groups, among others. Climate Champions were trained to provide advice and guidance to district local governments on the implementation of climate adaptation and mitigation measures and acted as regional ‘go-to’ individuals to provide accurate and useful climate change advice. They were trained to become a long-term channel of information dissemination in two directions – firstly, as a source of support to various levels of local government and other groups on responses to climate change; and secondly as a source of feedback or dialogue with researchers and policymakers to identify policy and community needs that may be addressed through research and/or policy/institutional interventions.

Initially, the biggest challenge we faced in implementing these activities was communicating the climate change research and information with farmers and the private sector workers, who predominantly had received little formal education but are key drivers of the economy, particularly within the agriculture sector.

Through observation and feedback, we assessed there was little interest in understanding the basic science of climate change but rather the opportunities that its impact presents, such as how to mobilise climate finance to implement climate actions at a profit. My team and I therefore changed the design and delivery of the training interventions and collaborated with other USAID-funded activities involved in market development to showcase the business opportunities that climate change brings and how to take advantage of them. We also delivered training sessions using local languages to increase accessibility.

As part of the Climate Champions Programme, we encouraged participants to identify transformative actions they could implement within their communities at a profit and supported implementation through technical assistance provided by consultants on a case-by-case basis. No financial support was provided to the Climate Champion interventions to ensure sustainability post-completion of ERICCA.

The various transformative climate actions implemented include, among others: climate smart agriculture training and demonstration sites, such as the Jorumat Climate Change Innovation Centre of Uganda located in Masaka district, supporting Pearl Farm Ltd in Rakai district to operate under climate-smart agriculture principles which enabled it become an outgrower, local distributor, and demonstration site for climate-smart seeds; and awareness creation and sensitisation on how to adapt to climate change through radio programmes in Gulu and Iganga districts.

We later trained the initial 40 Climate Champions to, in turn, train and further inform their respective communities on climate change topics. To date they have trained over 400 individuals and five farmer groups of 20-40 members across
Uganda.

Following the bootcamps, youth participants engaged in several climate change awareness activities, including tree-planting and implementing waste management activities at six universities, and developed climate change teaching materials and aids for secondary and primary schools, working with a curriculum development consultant provided by ERICCA. Approval for the integration of these materials into the national curriculum has been sought with the National Curriculum Development Centre (NCDC) of Uganda.

Through a three-month Internship Programme on Community Based Adaptation to Climate Change for undergraduate students, participants were equipped with skills and knowledge in community-based adaptation to climate change and provided them with a practical understanding and field experience of working with smallholder farmer communities. The programme was undertaken in partnership with the Climate Champions and Civil Society Organisations involved in climate change programmes in the country who hosted the students. The internship focused on smallholder farming communities susceptible to drought and provided an opportunity for MAK to link teaching and research with the needs of communities involved in various climate change adaptation efforts in Uganda.

An important aim of ERICCA was to establish MUCCRI as a national and regionally-recognised hub on climate-related issues. During the 10th International Conference on Community-Based Adaptation (CBA), ERICCA successfully lobbied for MUCCRI to partner with the International Institute of Environment and Development (IIED) to co-host the next CBA 11 in June 2017, together with IIED and the Ministry of Water and Environment in Uganda. Participants from over fifty countries attended. During this conference, MUCCRI and the International Centre for Climate Change and Development (ICCCAD) launched the initiative on Least Developing Countries Universities Consortium for Climate Change (LUCCC). LUCCC is a South-South collaborative network of up to 10 universities based in LDCs that aims at enhancing research and education capacity and proficiency in climate change in their respective countries to empower them to build resilience. Working in partnership with select climate champions in the greater Masaka region, I coordinated MUCCRI’s hosting of one of the CBA 11 field visits. Similarly, with support from my ERICCA team and I, MUCCRI also hosted a parallel CBA11 Youth Conference in partnership with the Food and Agriculture Organisation of the United Nations (FAO) and IWMI.

My work and that of my team in implementing ERICCA has provided long-term capacity and sustainability of MUCCRI, which is now a fully operational and sustainable Centre and encourages campus-wide participation in climate change awareness activities. The Centre continues to engage the youth through a Climate Youth Programme and has since developed numerous partnerships. By completion of ERICCA, the climate champions organised themselves into the Uganda Climate Change Champion Network (UNCCCN), coordinated by MUCCRI, and individual climate champions continue to implement and have expanded their operations within their respective communities.

Students who participated in the various climate youth programmes have gone on to be employed in different organisations, including Kampala Capital City Authority, Red Cross International, and the World Wildlife Fund (WWF). One student has gone on to establish an NGO, creating climate change awareness among primary and secondary schools. These roles each contribute to closing the gap of climate change personnel in the country.

Through observation and feedback, we assessed there was little interest in the basic science of climate change but rather the opportunities that its impact presents, such as how to mobilise climate finance to implement climate actions at a profit.
1. We use cookies on our website to give you the most relevant experience by remembering your preferences and repeat visits. By clicking “Accept”, you consent to the use of ALL the cookies. 2. This website is not optimized for Internet Explorer users.
Cookie settingsACCEPT
Privacy & Cookies Policy