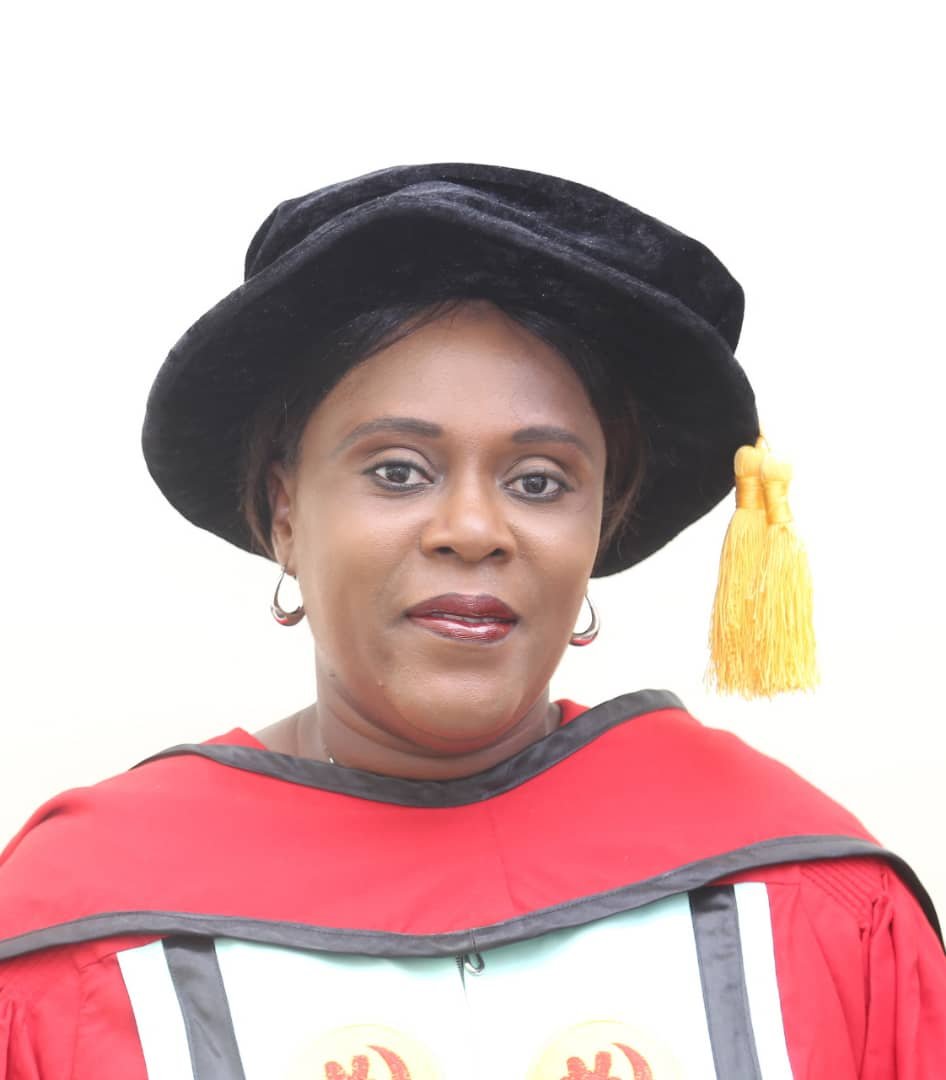 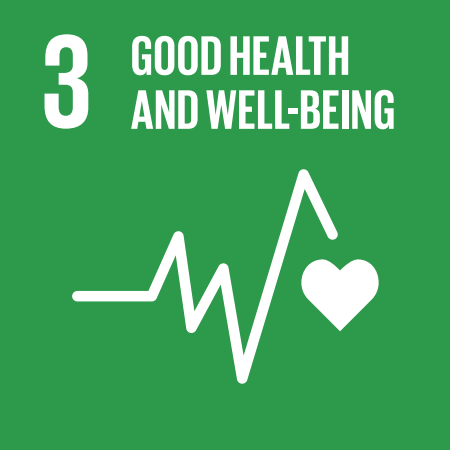 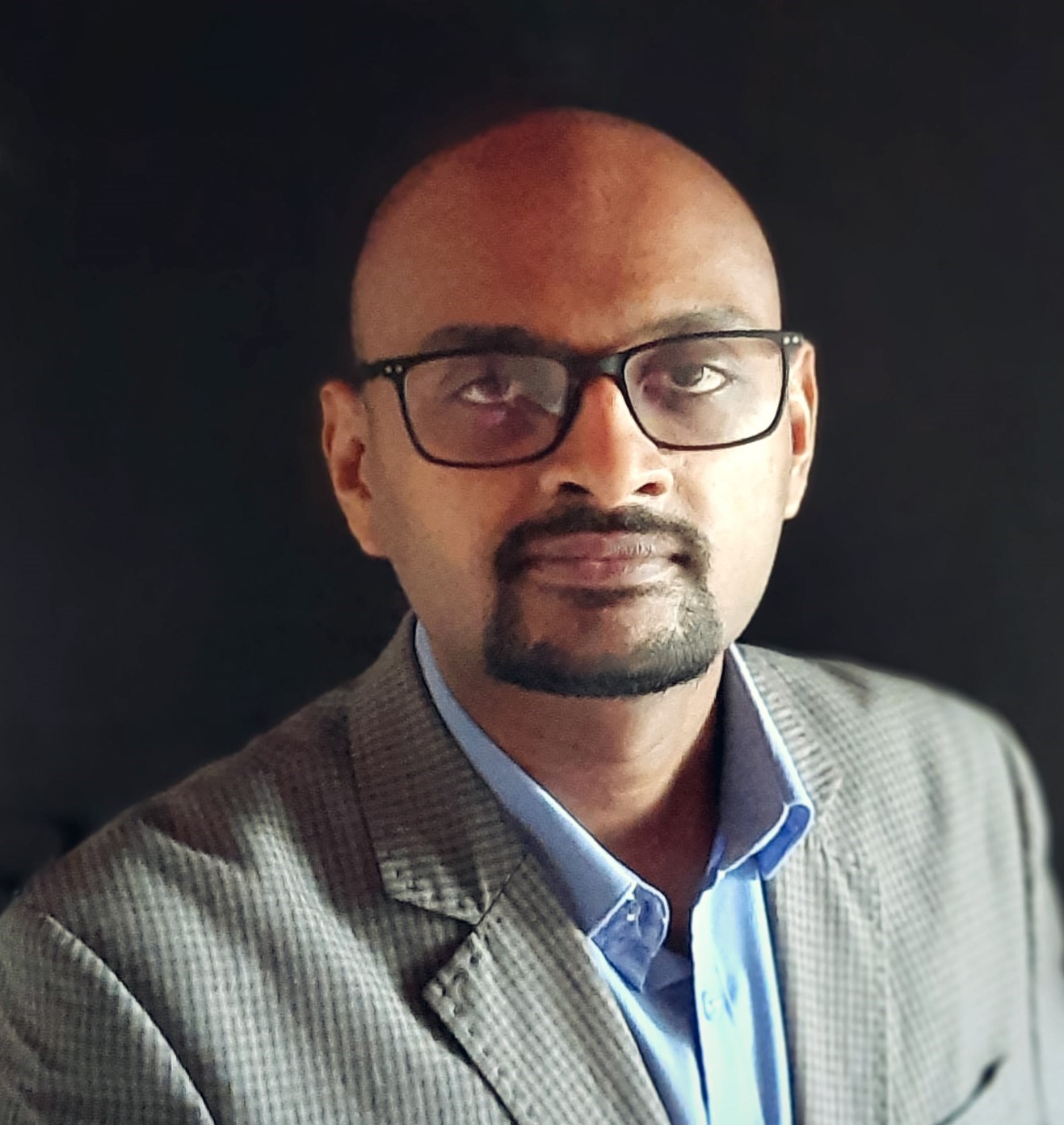 PhD Medical Informatics, Lancaster University and the University of Kelaniya 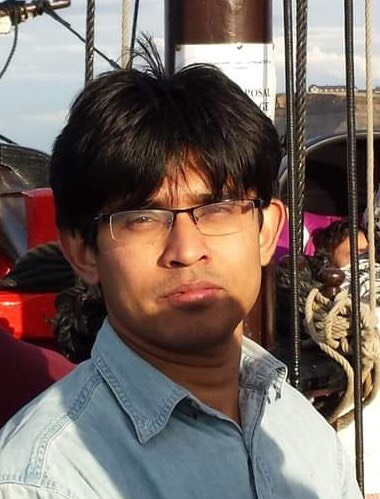 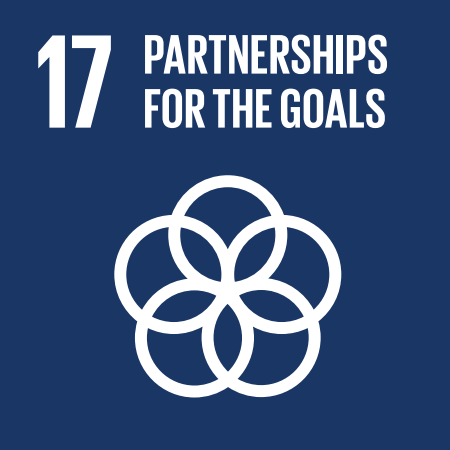 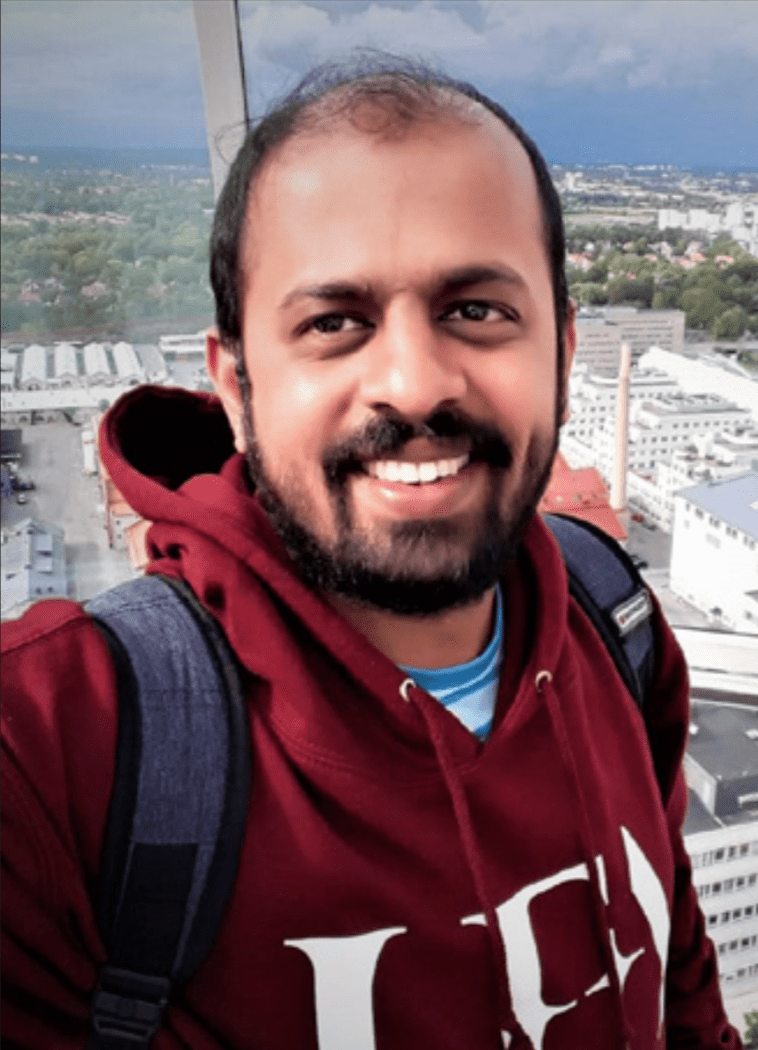 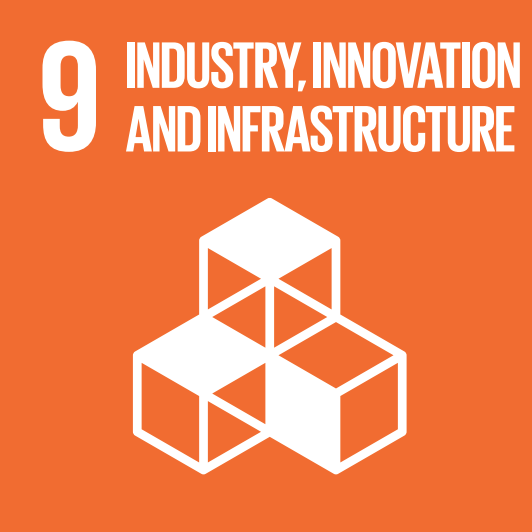 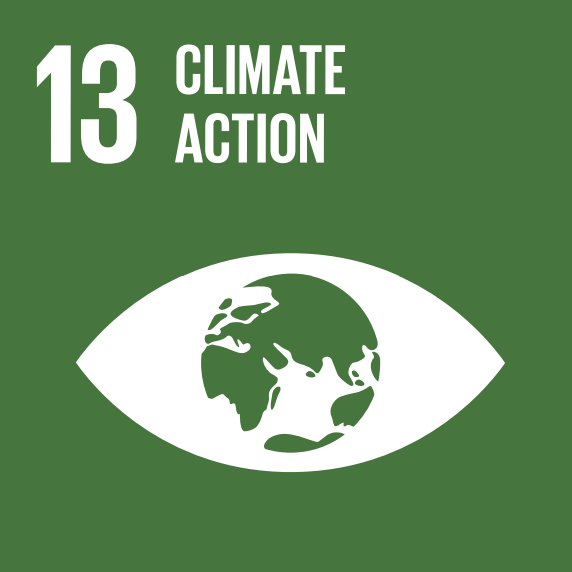 In Ghana and most parts of sub-Saharan Africa, cervical cancer is the second biggest contributor to cancer-related mortality among women. Despite this, there has been no national cervical policy to guide health care workers and other relevant stakeholders concerning the prevention, diagnosis, and management of cervical cancer in the country. The situation is worse when it comes to specific sub-populations, including women living with HIV. While the National AIDS/STIs Control Program (NACP) has focused on HIV and other co-infections, such as tuberculosis, limited research has been conducted into Human Papillomavirus (HPV) related conditions, including cervical cancer.

My research compares the epidemiology of HPV infection and cervical lesions among HIV infected and uninfected women and sought to contribute evidence on this issue, as part of my Split-site PhD study under the supervision of Professors Philippe Mayaud (London School of Hygiene and Tropical Medicine [LSHTM]) and Yaw Adu-Sarkodie (Kwame Nkrumah University of Science and Technology, Kumasi, Ghana).

My research findings concluded that HIV-1 infected women bear a significant burden of HPV infection and related cervical disease. It also highlighted the potential contribution of other high-risk HPV genotypes to the development of cervical lesions among HIV infected women. As a result of my research, I recommended that prevention and screening programmes should be developed for this specific sub-population including in Ghana.

The findings were disseminated in Ghana at a conference of the Ghana College of Physicians and Surgeons, the School of Medical Sciences, University of Cape Coast, and a research conference at the Cape Coast Teaching Hospital (CCTH). As a result, my work has contributed to the development of a cervical cancer screening system at the CCTH, making screening more accessible and affordable to women seeking care at the facility, including HIV positive clients at the ART clinic. Nationally, steps have been taken to develop a national policy document for cervical cancer prevention.

In January 2020, the Medical Women Association of Ghana conducted a campaign on cervical cancer prevention through awareness creation and access to screening. As a member of the association, I was able to engage in media campaigns to further disseminate this and other related research findings and contribute to the associated screening exercises across the country.

Through this research I have further established collaborations with a team of researchers in Burkina Faso. As part of this research group, I have continued to research and publish on HPV infection and the related conditions in West Africa thus, I have continued to advocate for stronger policies on HPV vaccination and screening. I am currently developing further collaborations which includes working with a team of researchers in southern Africa to receive funding in order to continue this research.

Dr Dileepa Senajith Ediriweera Patabandige – highly commended for his article, ‘Reassessment of the prevalence of soil-transmitted helminth infections in Sri Lanka to enable a more focused control programme: a cross-sectional national school survey with spatial modelling’, published in Lancet Global Health, a world leading medical journal for global health that aims to publish the best science to advance health in all regions of the world.

The WHO reports that 711 million people were treated in 2010 for at least one of four neglected tropical diseases: lymphatic filariasis, onchocerciasis, schistosomiasis, and soil-transmitted helminthiasis. Mass deworming programmes directed against soil-transmitted helminths (STH) are among the largest public health programmes in low income and lower middle-income countries.

In Sri Lanka, deworming programmes for STH infections became an integral part of school health and antenatal care. In 2013, the Ministry of Health issued guidelines for deworming for a 5-year period. These guidelines categorised the nine provinces
as high or moderate risk and recommended biannual deworming treatment in high-risk provinces and annual treatment in
moderate-risk provinces.

We reassessed the national STH prevalence in 2017 and mapped the STH prevalence at the smallest healthcare administrative level. Our survey findings indicate that the national prevalence has continued to decline and a substantial number of MOH areas are at low risk of STH infections. In 2017, 3.8 million school children were targeted for deworming. According to our results, as per WHO guidelines, only 103,000 children in high-risk areas would require continued annual deworming; another 1.5 million in intermediate-risk areas would require deworming once every 2 years; and routine deworming might be stopped for 2.1 million living in low-risk areas. We
recommended the discontinuation of routine deworming in lowrisk areas, a continuation of annual deworming in high-risk areas,
and deworming once every 2 years in intermediate-risk areas, for at least 4 years.

Based on our research findings, the Ministry of Health revised the national deworming guidelines, and the programme was
scaled down from the province-based approach to a more focused district-based targeted deworming programme, with reduced unnecessary healthcare expenditure. This is the first time in history a country has scaled down a national deworming
program and the WHO intends to use the experiences in Sri Lanka as a model for other countries.

I am looking forward to expanding this research to assess the impact of Global Climate Change on the prevalence of STH in Sri Lanka in 2025 and 2050. This will provide valuable information for healthcare decision-makers to project future requirements of deworming treatment in the country.

Neutrophils are considered the first line of immune cells that migrate to the site of injury or infection to limit the infection or heal the injury. However, this immune cell can inappropriately be activated in a number of inflammatory conditions, including chronic obstructive pulmonary disease (COPD), and subsequently can cause detrimental tissue injury or even death.

COPD is considered the fourth leading cause of death worldwide and causes a huge economic burden for patient management. COPD is a highly prevalent and grossly underdiagnosed public health problem in Bangladesh. There is no effective therapy that can reverse neutrophil mediated lung damage observed in COPD.

Following mediating functions, tissue-migrating neutrophils eventually die by a programmed cell death process called apoptosis, which is required to minimise unwanted tissue injury. Studies suggest that neutrophil apoptosis is disregulated in COPD, which may result in persistent neutrophil dominant inflammation in the lung and cause continued lung destruction and impairment.

Repurposing drugs is currently an attractive approach to drug development since the safety of the drug has been already tested, minimising the time and costs incurred in drug development. Erbb-targeting drugs are safe and in clinical use for cancers and could therefore be repurposed to treat people with COPD and other chronic inflammatory conditions. Further studies will establish whether this is possible, and our study may contribute to developing cures across a broad range of life threatening chronic inflammatory diseases, including COPD.

Experiences from this research might not only help in mitigating global problems but will also help in the expansion of research in respiratory disease in Bangladesh. This research was carried out at the University of Sheffield, in collaboration with scientists from Scotland, Netherlands, and USA, as well as scientists from GlaxoSmithKline and has helped develop long-standing collaboration to address problems in health and wellbeing globally.

Although future research is required for a sustainable solution, our research provides a potential strategy for treating neutrophil mediated inflammatory diseases that affect the quality of life in a significant proportion of the population worldwide as well as pose a huge economic burden to society. We plan to conduct further research to understand the effects of Erbb-signalling in lung inflammation, and the therapeutic potential of targeting the Erbb pathway in the resolution of a broad range of inflammatory diseases.

Dr Ramakrishnan Vasudeva – highly commended for his article ‘Adaptive thermal plasticity enhances sperm and egg performance in a model insect’, published in eLife, a not for profit peer-reviewed open access scientific journal for the biomedical and life sciences.

Our planet is currently experiencing drastic changes to its biodiversity, especially in response to recent trends in temperature related climate change. Biodiversity, dubbed the planet’s life-support system, has seen serious decline in numbers across both terrestrial and marine habitats, and there is growing evidence that reproduction is especially sensitive to increasing temperatures. My work investigated this using a well-established laboratory model insect.

Most organisms cope with periodic or drastic changes caused by climate change by dispersing to less stressful environments.
If dispersal is not possible, species can adapt via two wellknown mechanisms: genetic inheritance and/or phenotypic plasticity. Genetic inheritance operates through Darwinian selection over a longer timescale, however plasticity operates within shorter durations, by better ‘matching’ fitness traits under prevailing conditions without the requirement for any genetic change.

To understand the scope of thermal adaptation within reproduction, we studied the capacity for plasticity within the gametes (both sperm and eggs) in the red flour beetle (Tribolium castaneum). Within our research group, we have studied replicate populations which have been constantly maintained under two distinct thermal regimes (30°C and 38°C) for over ten years (~100 generations of selection).

We found that increasing temperatures through adult development resulted in opposing responses among gametes; males experiencing warmer environments produced smaller sperm, while females produced larger eggs and vice versa. Next, we were able to show that gametes produced in warmer environments had greater reproductive performance under warm conditions and vice versa for gametes produced under cooler thermal regimes: “environmental matching” provided sperm and eggs with better performance, primed within a single generational shift in thermal environments.

Our findings provide evidence that thermal plasticity can enhance both male and female reproductive success, showing that there is potential for gametes to buffer against stressful temperatures and cope with increasing temperatures within a generation via plasticity. It has been suggested that thermal adaptations can exist within cells through the mitochondria, that generate most of the chemical energy needed to power the cell’s biochemical reactions.

Collectively, these findings offer an exciting new avenue to understand and investigate how organisms are able to cope and successfully function under the growing threat of climate change. We believe that future research will focus on understanding how information from the environment is transmitted transgenerationally via both the sperm and egg epigenomes during gametogenesis and whether these trends hold true for many other economically important insects.