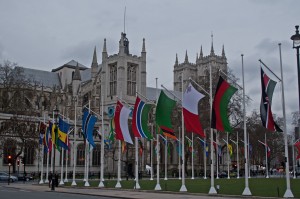 The event marked the start of the Commonwealth Week celebrations, exploring this year’s theme of opportunity through enterprise. The observance was a great event, attended by His Royal Highness The Duke of Edinburgh, and with speeches from Ricken Patel, founder of Avaaz, Sir Richard Branson, and His Excellency Kamalesh Sharma, the Commonwealth Secretary-General.

Highlights from the event also included performances from Beverley Knight MBE, and The Noisettes, as well as the ‘Living the Dream’ dance company who performed a medley of dance from around the Commonwealth.

Photos of the observance are available on the CSC flickr page as well as the Commonwealth Secretariat flickr page.