Commonwealth Scholar appointed next Governor of the Bank of England 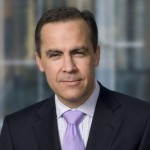 Since his DPhil at Oxford, Mark has worked in the private sector at Goldman Sachs, in the UK as well as Tokyo, New York and Toronto offices. His public service includes the role of Senior Associate Deputy Minister of Finance, and Deputy Governor of the Bank of Canada. He assumed the post of Governor in 2008.

Mark has said that he is honoured to accept the demanding role. ‘This is a critical time for the British, European and global economies; a decisive period for reform of the global financial system including its leading financial centre, the City of London; and a crucial point in the Bank of England’s history as it accepts vital new responsibilities.’

Dr John Kirkland, Executive Secretary of the Commonwealth Scholarship Commission has expressed his pleasure on hearing of the announcement. ‘The Commission congratulates Mark Carney on becoming the new Governor. We were delighted to learn of the appointment, which is another example of a Commonwealth Scholar rising to the very highest level of their profession.’