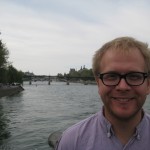 Nicholas Neufeld is a 2007 Commonwealth Scholar who studied for his MSc in Clinical Neuroscience at University College London. He has written a research letter, ‘Debates in Medicine: Global Representation in Medical Discourse’, that was recently published in The Lancet.

Nicholas and his colleagues decided to focus on Letters to the Editors in the medical field. This type of correspondence accurately displays the current debates and discussions within related disciplines, but does not face the obstacles that hinder articles. Structural supports and funding are just two hurdles that face developing countries’ research but do not largely affect the dominance of developed countries.

Therefore, these ‘Letters to the Editor’ sections could offer a better reflection of the medical discourse and conversations occurring internationally. The three most influential medical journals according to Thomson Reuters’ Impact Factor were chosen for this study: The Lancet, the Journal of the American Medical Association, and the New England Journal of Medicine.

Corresponding authors wrote from 57 different countries. The United Kingdom and the United States were the biggest global contributors, accounting for a combined 403 letters. Nicholas and his co-authors thoroughly examined each letter to determine whether developed nations do have a monopoly over research conducted and published in the medical field.

The conclusion was that the global debate is indeed driven by members of developed nations, with possible negative outcomes. The global burden of disease casts a wider net than related research.

Ideally, countries representative of serious ailments would be the ones leading the discourse and research. The article also found a competing idea. When developed nations report on these types of diseases, stakeholders often engage in meaningful local and international debates.

The issues raised in this article relate directly to the experience Nicholas gained as a Commonwealth Scholar. He became aware of global health concerns whilst studying in London and accessing new resources. The article is a combination of Nicholas’ interests that were sparked in London – connectivity, global health, and debate.

The wider aim of the article was to highlight the distribution of attention in the research arena and united efforts to draw attention to health concerns in developing nations. Nicholas and his co-authors wanted to showcase that concerted efforts to highlight health concerns in developing nations can reach global medical debates and hopefully inspire research that takes a broader, global view.

Alongside his interest in international medical studies, Nicholas focuses on clinical duties and neuroimaging research. Since his return to Canada after his Commonwealth Scholarship, Nicholas completed medical school and joined the psychiatry residency programme at the University of Toronto.

After receiving his MD Nicholas is currently in the clinician-scientist residency stream. His research now focuses on functional magnetic resonance imaging (fMRI) at the Kimel Family Translational Imaging-Genetics Laboratory at the Centre for Addiction and Mental Health. Nicholas works on imaging brain function while in the resting state. He studies the mind while it is wandering freely, rather than working on a specific task. This concept is then applied to see how brain activity varies when affected by mental disabilities. By analysing the material collected through fMRI technology, Nicholas investigates how brain activity is similar and different for patients with psychotic depression, bipolar disorder, and schizophrenia.