Commonwealth Scholar recognised for his contribution to stroke prevention 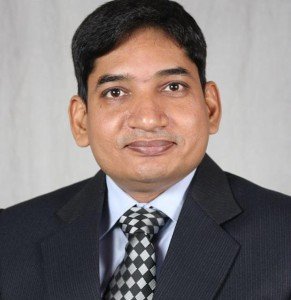 Dr Dinesh Khandelwal (2006 Commonwealth Scholar, Stroke Medicine and Cultural Care, Southern General Hospital NHS Trust in Glasgow and Edinburgh Western General Hospital) was recognised by the World Stroke Organization (WSO) with the World Stroke Day 2013 prize. This was the first time the prize was awarded to an individual. Although the awards usually go to group collaborations, Dinesh’s work in raising awareness of the risk of stroke in his community secured the award.

Dinesh completed his Doctorate of Medicine in Neurology at the All India Institute of Medical Sciences, New Delhi in 2003. Soon afterwards, he became a Junior Consultant at the Sir Ganga Ram Hospital.

In 2007 Dinesh continued his studies by observing stroke management in Glasgow during his Commonwealth Scholarship. Strokes pose a serious public health risk that affects countries across the world. Research suggests that one in six people will have a stroke in their lifetime.

The WSO aims to improve stroke education and care by sharing best practice with health professionals around the world.

Before Dinesh was awarded the prize for increasing accessibility to stroke education in his community, he received training at the Donald M Palatucci Advocacy Leadership Forum in 2012. This programme is held in Austin, Texas, and develops skills and techniques from the American Academy of Neurology.

Dinesh was selected to take one of the three places available to non-Americans in the programme,that aims to improve public education of the severity of strokes. The forum also trains the participants to be advocates for their patients, their hospitals, and their professions.

This training helped Dinesh become a better activist for public stroke awareness in Jaipur and the surrounding areas. He organised a stroke education seminar in 2012 and again in the following year. Dinesh is an advocate for the power of education and prevention in healthcare. He views prevention as being as effective as a cure and sees early recognition as a way to combat the disease.

The WSO will recognize their recipients at the opening ceremony of the 9th World Stroke Congress in Turkey later this year. Dinesh continues to raise stroke awareness in his community of Jaipur as an Associate Professor of neurology at Sawai Man Singh Medical College and Hospital.