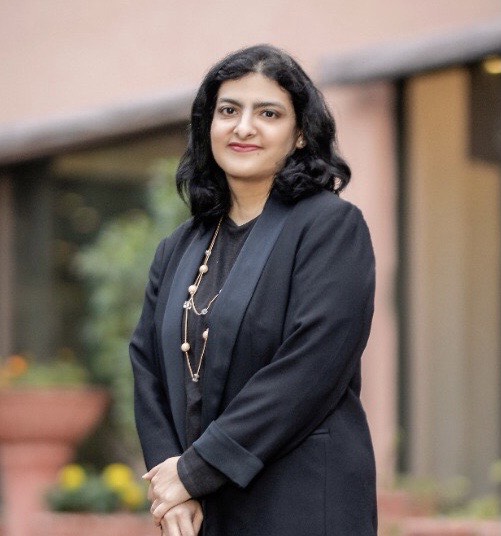 Pakistan has a good response to polio vaccination, and the percentage of the polio coverage is increasing day by day. But still there is a requirement to do a lot of behavioural change interventions. When you have around 70% coverage, you can aim for 90% coverage. It’s easier to get to 90%. But it is the last 5%, 10% that’s difficult to go for. This is where Pakistan is currently.

The Global Polio Eradication Initiative (GPIE) reports that polio remains endemic in only two countries- Afghanistan and Pakistan. Until poliovirus transmission is interrupted in these countries, all countries remain at risk. In 2002, the WHO, UNICEF, and partners of the GAVI Alliance launched the Reaching Every District/Community (RED/REC) Strategy to ensure equitable immunisation coverage. The strategy was implemented in Pakistan in 2010 to improve and strengthen the delivery of routine immunisation services by improving access to marginalised and vulnerable communities.

In 2019, UNICEF commissioned a third-party evaluation to assess the extent to which the RED/REC strategy had fulfilled its objectives in Pakistan between 2014-2018. In 2021, UNICEF commissioned the Knowledge, Attitude, Practices and Experience (KAPE) survey in high risk reservoir and corridor polio districts (those with cross-border transmission risks) of Pakistan. Both evaluations were conducted by Contech International, a technical assistance management and research organisation in Pakistan. As the Manager of the Technical & Administrative Support Unit and Evaluation Expert at Contech International, Commonwealth Alumnus Mariam Malik was appointed the co-team lead and evaluation expert tasked with developing the quantitative part of the KAPE survey assessment and the qualitative aspects of the RED/REC evaluation.

Evaluating the vaccine’s reach and reception

To explore the relevance, effectiveness, impact, and sustainability of the RED/REC strategy across a number of overlapping areas, including gender, equity, human rights, and disaster risk reduction, Mariam led the evaluation’s qualitative assessment based on the Organisation for Economic Co-operation and Development’s (OECD) Development Assistance Committee (DAC) criteria.

The geographical scope of the evaluation included 56 intervention districts in the 7 provinces/regions where the RED/REC strategy was implemented. Mariam selected the 12 districts based on the immunisation coverage and improvement in vaccine performance of the districts following the introduction of the RED/REC strategy.

To manage the geographical scope of the KAPE study, Mariam, together with Dr Ginger Johnson of UNICEF, designed a sample-based household survey and adopted a representative sample size of 20%. This meant selecting 12 districts belonging to high risk and corridor polio districts of Pakistan. The survey focused on understanding individual and community perceptions and existing knowledge of polio, the practices implemented to safeguard against polio, and their attitudes towards and experiences of polio workers and vaccinators. The questions were designed to gather information that would inform Pakistan’s federal Expended Programme on Immunisation (EPI) and Polio Eradication Programme and help them design their communication strategies and programme activities to improve vaccine delivery. 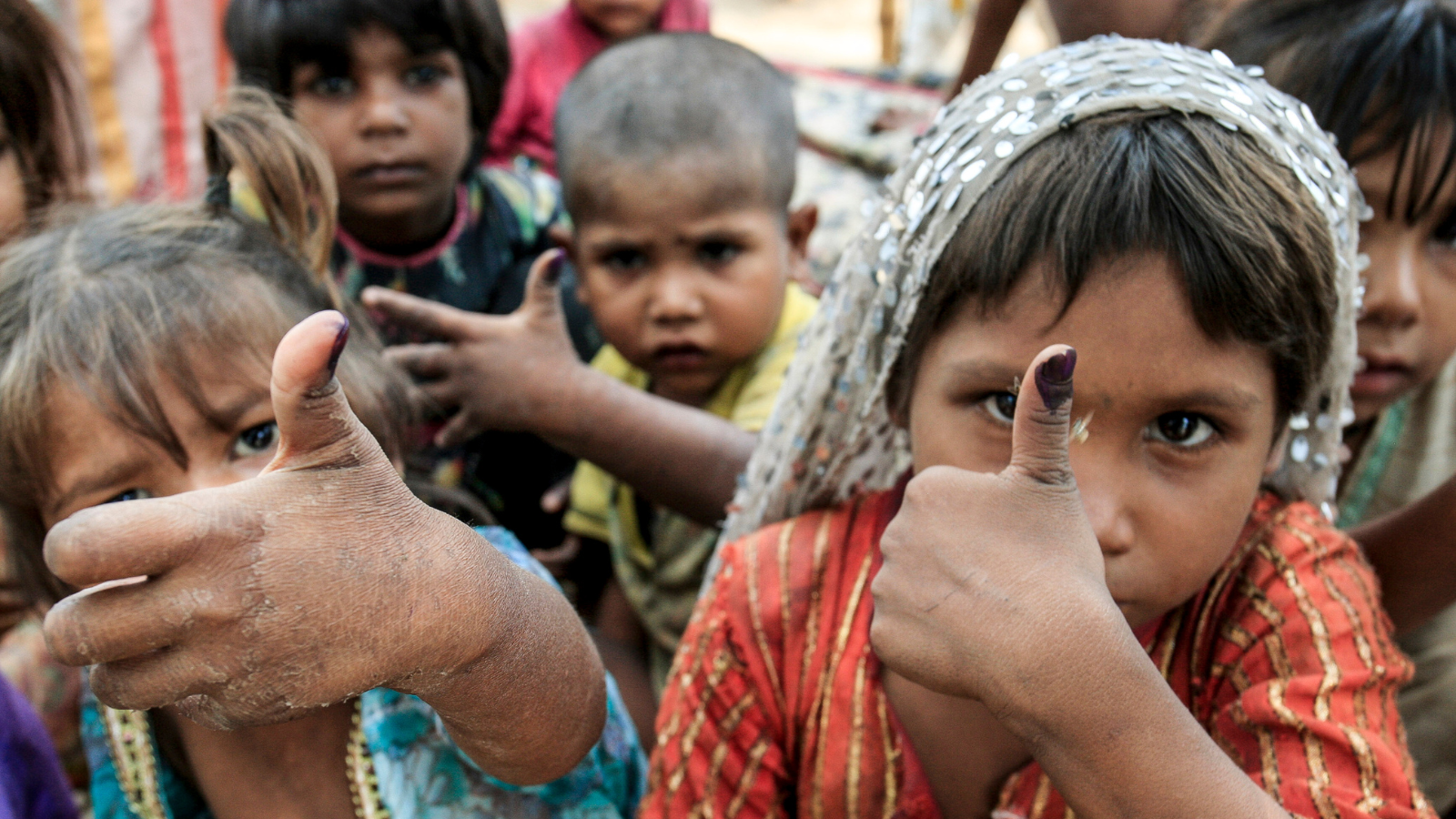 With endemic polio remaining only in Pakistan and Afghanistan, communities in the border provinces of both countries are extremely vulnerable to the virus and are therefore key to interrupting cross-border transmission. At the time of the data collection, however, there were extreme clashes between the Taliban in Afghanistan which put the field workers conducting the data collection at serious risk. Despite these challenges, Mariam is relieved to report they were able to complete the data gathering safely and include insights from these communities in the overall assessment and recommendations.

Despite her 20 years’ experience in the public health sector and in evaluating public health interventions, Mariam shared that some of the findings on the reasons for polio vaccine resistance surprised her.

Using the data gathered through the KAPE survey, Mariam and her team analysed the findings to produce different types of recommendations to further develop and enhance the programme. This included broad recommendations on how to carry out social and behavioural change campaigns, alongside community-specific recommendations.

For example, for a community in Bannu district in Khyber Pakhtunkhwa province, the team used the data gathered to recommend that religious leaders would be critical to helping immunisation workers talk to the community about the polio programme and therefore should be engaged at the outset. In Balochistan, they recommended that female polio workers should always be accompanied by male workers due to social views on individual women moving around the community. 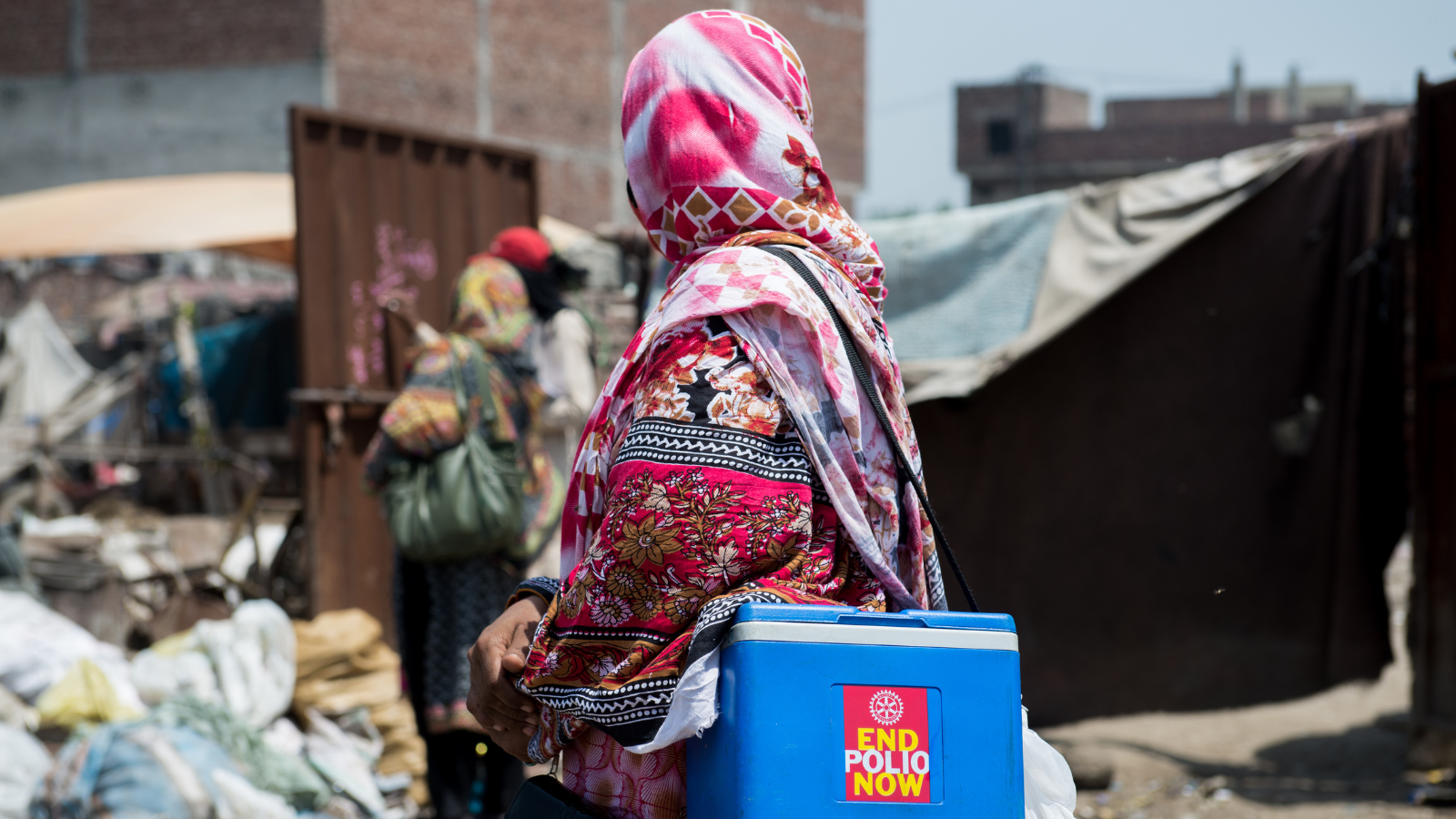 They were also able to make recommendations on programmatic interventions, which included highlighting the importance of microplanning to identify community hotspots and implementing a cluster approach to reach community members in an equitable way.

Similarly, results from the RED/REC evaluation revealed that although the RED/REC approach is an effective tool for addressing immunisation coverage, there is a need to integrate the strategy using the systems approach (an approach focusing on institutionalising the intervention and embedding it into the health system). Based on the key findings of the evaluation, recommendations under each of the five components of the RED/REC strategy were developed and shared with UNICEF to achieve universal immunisation coverage across the country.

Despite the findings and positive recommendations reported by Mariam and her team, the COVID-19 pandemic has had a significant impact on global vaccination programmes. During this time, global immunisation figures have decreased as vaccinators were unable to reach communities and fear of COVID-19 transmission impacted trust in healthcare interventions.

“[Between] 2020 to 2021, I think it has been one of the most challenging [times] for immunisation programmes because their outreach services and their door-to-door campaigns were affected very badly.”

Mariam notes that vaccination programmes are starting to resume and hopes that they will soon get back to the stage they were at prior to the pandemic.

Alongside the evaluation of the RED/REC strategy, Mariam was also commissioned to develop a Theory of Change (TOC) to monitor and evaluate the longer-term impact and sustainability of the strategy. To develop this, Mariam and her team at Contech were able to draw on her previous experience of developing a TOC for a USAID project she worked on.

Working with different stakeholders involved in the RED/REC strategy, she led discussions on the overall aims of the strategy, target populations, stakeholder responsibility and accountability, the delivery context, and change pathways to develop an indicative TOC.

“The whole impact that we wanted to reach, which was kept on the top, the actual aim was achieving the full immunisation of children when they’re one year of age, with at least 80% coverage in every district, and 90% coverage at national level.”

As well as producing a graphical representation of the TOC, Mariam and her team developed an accompanying action plan which UNICEF are implementing and have incorporated into their standard evaluation management response tracker.

Reflecting on her career, Mariam shares that she initially started working at Contech International as an intern during a summer break between her undergraduate degree and first master’s in computer science. At the time, she could not have predicted that her internship would eventually lead to becoming a public health expert working on national health programmes. She owes her success to the guidance of CEO Dr Naeem uddin Mian and senior members of the organisation.

Her Commonwealth Scholarship and MPH at the University of Liverpool has also played an important part in her career to date in developing her skills and expertise in public health.

“I had just an absolute wonderful time because I had no hitch or no hindrance of completing my journey… I always say that it’s only because of the Commonwealth Scholarship that I’ve been able to reach this point. I finished in 2015 and since then, I have, not only from a proposal developer, shifted to a more technical field. I became the public health expert.”

Mariam Malik is 2012 Commonwealth Distance Learning Scholar from Pakistan. She completed an MPH in Public Health at the University of Liverpool.