Investigating the impact of the Transgender Persons Act 2018 in Pakistan 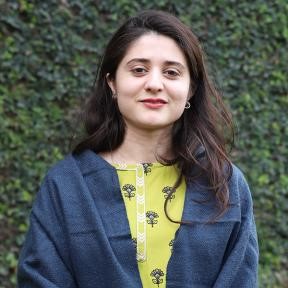 [F]or this project we are specifically trying to know [if] the Transgender Person Act of 2018, in which the state has worked on a lot of different areas and tried to provide a lot of protections for this particular community, has had any impact on their [transgender peoples] actual experiences, on their lived experiences, of particularly facing violence or reporting violence or accountability.

The Transgender Persons (Protection of Rights) Act, 2018 is a law in Pakistan which aims to provide equal rights to transgender people and to safeguard their rights through legal recognition. This includes enabling transgender people to obtain identification documentation and change their gender in the National Database & Registration Authority (NADRA). It also prohibits the harassment of and discrimination against transgender people at home, in public spaces, in education, and in social settings.

Human rights in relation to sexual orientation and gender identity are a pressing issue across the Commonwealth. Due to the colonial legacy of homophobia, anti-LGBT legislation and discrimination of the LGBT+ community is significantly over-represented in this group of nations; 63% of Commonwealth countries criminalise homosexual activity compared to 35% globally (source: Kaleidoscope Trust).

Prior to the Transgender Act 2018, transgender rights were safeguarded in Pakistan, however the legal and institutional mechanisms to exercise these rights were not implemented. An important right transgender people were excluded from was in obtaining documentation confirming their identification as a citizen of Pakistan. This was due to the requirement to identify as male or female, without allowing people to identify as third gender.

Without identification documents, citizens of Pakistan cannot access important services, such as education, healthcare, and other state-sponsored social and economic services. They are also unable to access formal employment.

As such, many transgender people have been forced to turn to informal and underground work as undocumented workers. This type of work can expose them to a higher risk of violence, including physical, emotional, and sexual abuse. In many cases, this goes unreported due to the nature of the work they may be involved in and the discrimination transgender people often face when engaging with law enforcement and other services. 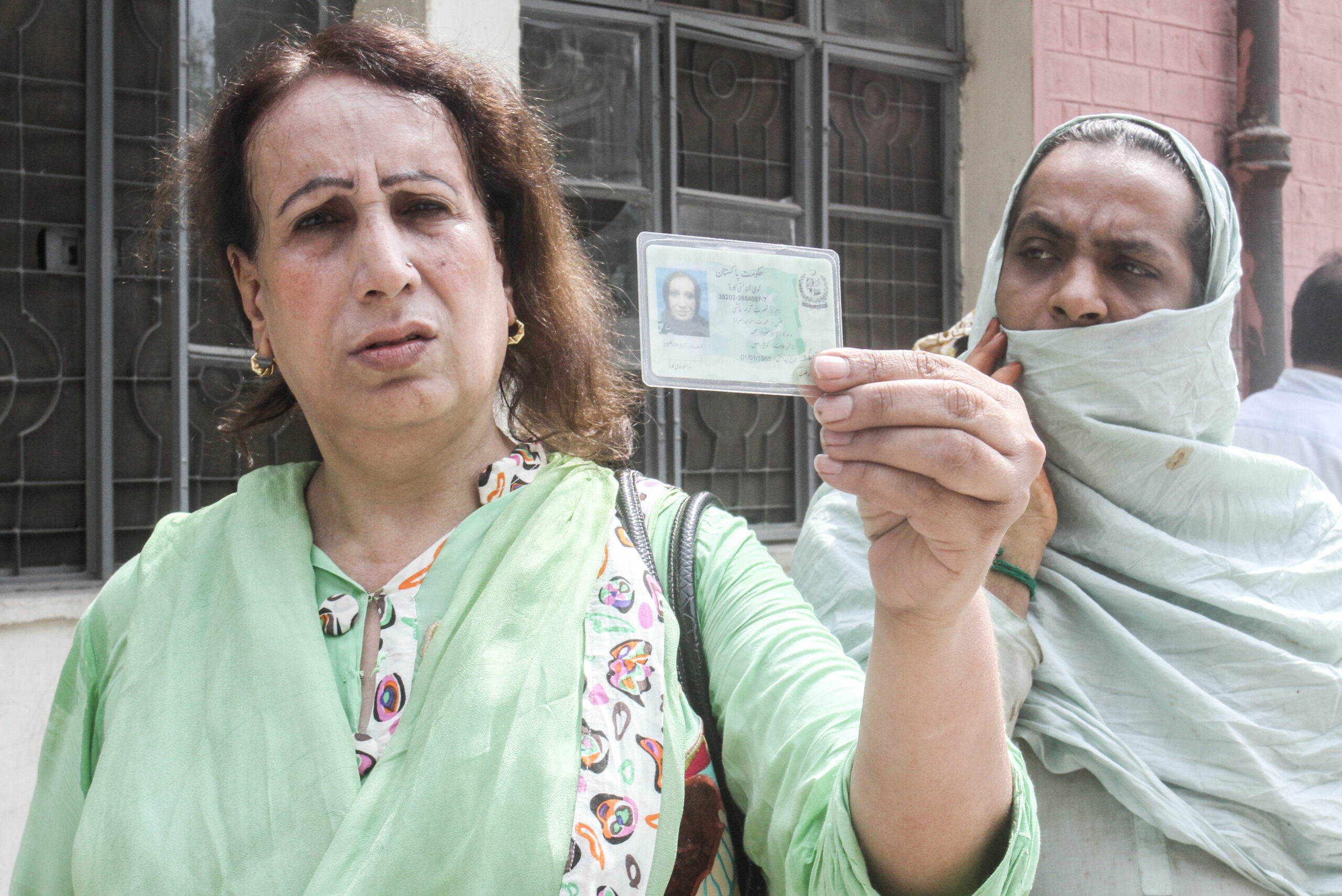 The marginalisation of the Khawaja Sira community

These experiences have resulted in the marginalisation of the Khawaja Sira community and highlighted the need to better protect and promote their rights. Joham’s research will contribute to a broader understanding of the lived experiences of transgender people in Pakistan and of their awareness of the Transgender Act 2018. An important finding from her research to date, that has come out of discussions and interviews with community members, is that many are not aware of the Act and the ways in which it seeks to safeguard their rights.

“[W]e are trying to see whether the community has benefited from [the Act], whether they have awareness of the changes that have taken place at a legal and at an institutional level. Because at times this community is not even aware of the kind of rights that they’re afforded by the state.”

Joham stresses that introducing the Act and developing related policies and mechanisms is only part of the wider change that needs to happen to protect transgender rights in Pakistan. Resistance to these rights includes religious grounds and poor civic understanding. As such, it won’t be possible to assess the impact of the Act for some time.

“It will be too simplistic to say that this Act is going to change that or is going to contribute to change in that any time soon in the perceptions and in these wider sentiments.”

Understanding the impact of the 2018 Transgender Persons Act

Joham’s research team includes three co-investigators. One is a fellow academic in the School of Education at the Lahore University of Management Sciences (LUMS), where Joham lectures on gender and its relationship with educational development. The other is a human rights lawyer who worked on the development of the Act and was instrumental in securing the project funding. Her knowledge of the development of the Act and related challenges also provides significant context.

One ongoing challenge facing the team is the ability to reach out to members of the transgender community to conduct field research. As such, they have engaged their networks and collaborated with organisations working with the community to gain their trust so that they may participate in the research.

“[R]eaching out to this community… there is a trust deficit which is very fair of them to have. So, they’re not very open about their experiences to the general public if you just go in there and ask them these questions. So, you have to have a rapport with them to be able to gain their trust so they actually open up more candidly about their experiences.”

During one-to-one interviews, Joham and her co-investigators discovered unexpected ways in which they had to adapt their methodology and localise survey questions. Methodologies related to household dynamics, living situation, and employment were reviewed and re-designed based on field observations. For example, many of those interviewed are involved in informal and underground employment. As their work is therefore considered illegal, standard questions about work and employment could not be used. Similarly, household characteristics and wealth could not be ascertained using standard national measures and indicators because most transgender persons live in a uniquely communal style that does not conform with an average household or family unit in Pakistan.

“[I]t was interesting to note while we were doing this research that a lot of different measures developed to conduct research globally are not really taking into consideration these very localised kind of challenges. So, it was also a very interesting epiphany to realise how the research instruments are lacking in trying to cover the many different aspects of the study… as a learner, as a researcher, it opened up new avenues of research within the methods stream.”

The research gathered will contribute to the development of the first comprehensive socioeconomic profile for this community. Without identification documentation, this community has previously been prevented from contributing to national and household-level surveys which are used to report on living standards and measures of health and education and work.

The research project is ongoing, and Joham and her team hope that their findings will contribute to understanding the impact of the Act on the transgender community and additional policies and programmes needed to safeguard their rights.

Investigating the socioeconomic status of women in Pakistan

Joham’s wider research interest is in the socioeconomic status of women in Pakistan. Following her Commonwealth Scholarship and MSc in Impact Evaluation and International Development at the University of East Anglia, she joined the Punjab Commission on the Status of Women (PCSW) as a Program Associate on a UK Aid funded and UNFPA sponsored project to introduce interventions that could improve women’s economic participation and social status in Punjab.

The project focused on three different programmes. One programme aimed to establish a business incubator for small-scale women entrepreneurs. This included the development of relevant training, skills, knowledge, and counselling to enable them to improve, uplift, or expand their business.

The second programme sought to establish a career service facility for young female graduates from public or other low fee private colleges which provides career skills such as CV writing and interview skills, and supports them in accessing the job market.

The third programme, which Joham was most involved in, aimed to generate baseline data on the economic and social status of women to inform national and provincial-level policies. Whilst this data has been collected previously, this programme marked the first in-depth survey of women’s experiences and status and was the first survey predominantly developed and led by women. Joham feels this was a significant factor influencing the questions designed and the information it gathered.

“[Women] would understand the challenges more. Because even in the development process, I could see that our contributions were so rich because they were coming from our own personal experiences. And we would know specifically, we need to ask this question.”

As such, the survey captured data on aspects of women’s lives previously ignored or overlooked. This included questions recognising women’s contributions as carers, which affects most women in Pakistan, their health, including mental and reproductive health, awareness of their rights and citizenship, and gender-based violence.

The introduction of some of the new questions raised resistance at the state level, despite state interest in addressing issues such as gender-based violence. Following negotiation, the survey was approved and conducted in all 36 districts of Punjab. As a member of the core technical team, Joham was involved in both the development of the survey and the training of field staff who would conduct the survey. With the addition of new and sensitive questions, this included the provision of extensive gender sensitisation training.

The data from the survey has not yet been released, however Joham eagerly awaits the publication of the findings and opportunities to use this data to inform state-level policies for women.

“I’m hoping that [the data] will be released soon and I will be able to work on it more through scholarship and through other means. Because it’s so useful, it will definitely open up many new avenues of research for women’s economic and social empowerment in Pakistan. And I’m so glad I was a part of that activity.” 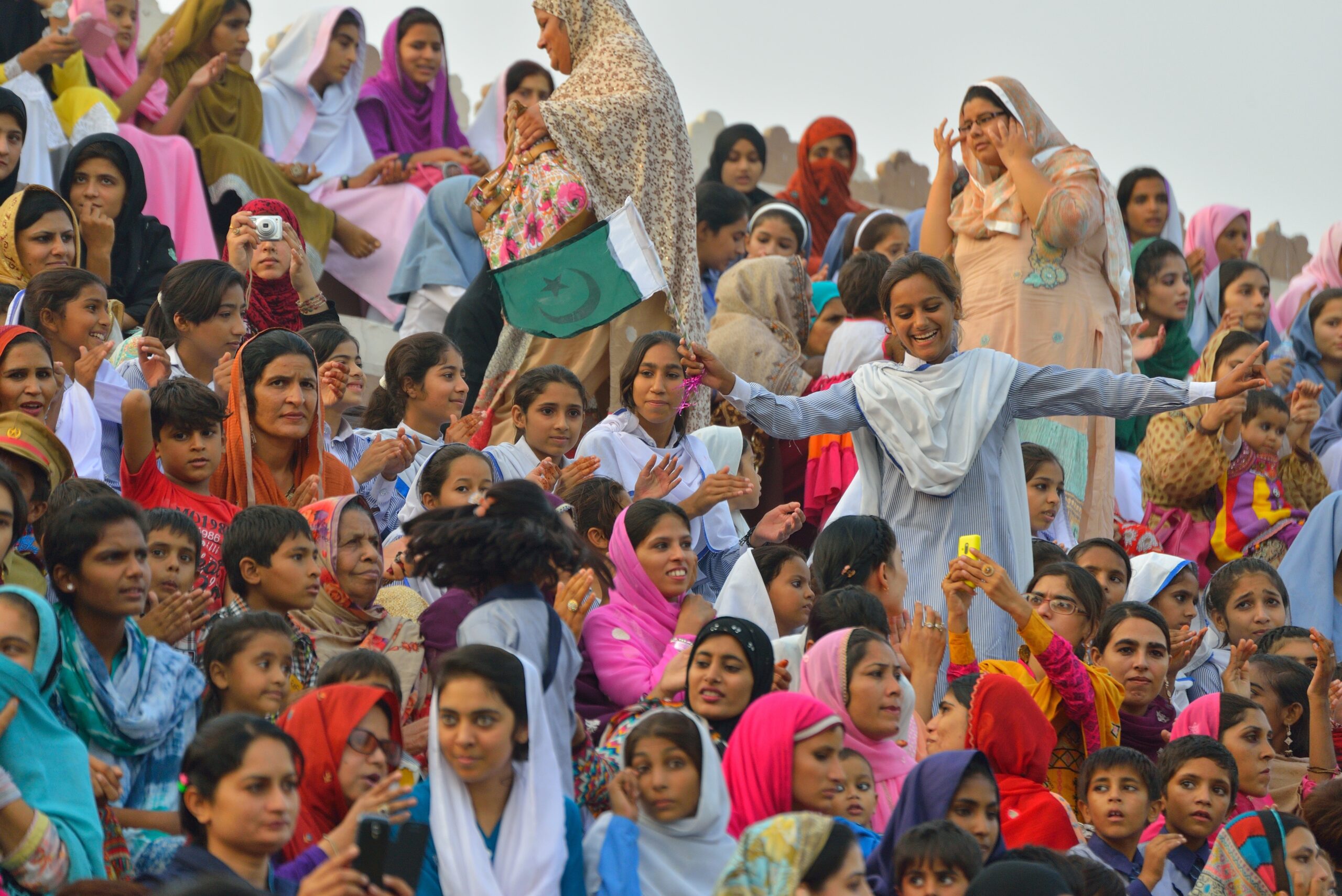 Reflecting on the Commonwealth Scholarship

Joham attributes the skills and knowledge required to contribute to the PCSW project to her Commonwealth Scholarship funded studies.

“[M]y degree was in impact evaluation, and it was very focused on quantitative and qualitative research skills. So, I think I learnt quite a lot from that experience… it added a lot to the advancement of my knowledge and my practical skills, which of course then were useful in all these different projects that I’ve been doing.”

On a personal level, her Commonwealth Scholarship provided more than academic opportunity.

“It’s a thing for women here. It’s a very unique experience for, I wouldn’t say all women, but particularly coming from my personal context and social context and economic context. It was a very rewarding experience.”

Joham Aziz is a 2016 Commonwealth Shared Scholar from Pakistan. She completed an MSc in Impact Evaluation and International Development at the University of East Anglia.