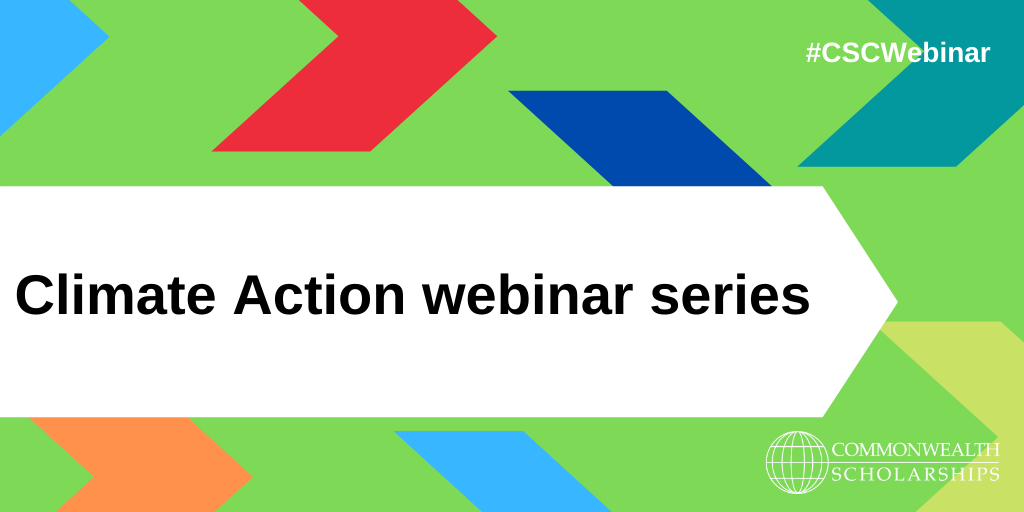 Exploring the impact of climate change for policymakers across all sectors.

In this webinar, Commonwealth Alumnus Nicholas Okot will provide an overview on his research on the macroeconomic impact of climate change on the business cycle dynamic of a small open economy.

Nicholas’ research investigated four specific areas: the size of the impact of the shock on the economy; its persistence; transmission mechanisms; and the role of stabilisation policies. In this webinar, he will highlight key points from his research methods, which are based on an estimated two sector (i.e. agriculture and another sector) using the Dynamic Stochastic General Equilibrium or DSGE model and the implications of stabilisation policies. The key assumptions are that weather shocks directly affect agriculture productivity.

The webinar will last for approximately one hour, including a Q&A session.

The CSC’s Climate Action webinar series will provide a platform for Commonwealth Scholars and Alumni working and conducting research in areas related to climate change to present on their work and impact in this field to the CSC community.

You can watch previous webinars, delivered as part of the monthly Knowledge Hub webinar series, on the CSC’s YouTube channel.

Nicholas Okot is a principal economist at the central Bank of Uganda, where he has served in various positions since 2004. Prior to joining the central Bank of Uganda, Nicholas served as a Project Assistant and trainee Economist with the European Union funded Acholi Programme in the Office of the Prime Minister of Uganda. The Acholi Programme was a joint initiative of the Government of Uganda and the European Union to strengthen service delivery in the Acholi sub-region which was devastated by over two decades of civil war.

In 2009, he was appointed to serve a four-year term as a board member for Kulika Uganda, a charity organisation involved in providing graduate scholarships and support to farmers to enhance their productivity.

Nicholas Okot is a 2015 Commonwealth Scholar from Uganda. He completed his PhD in Economics at the University of Leicester.