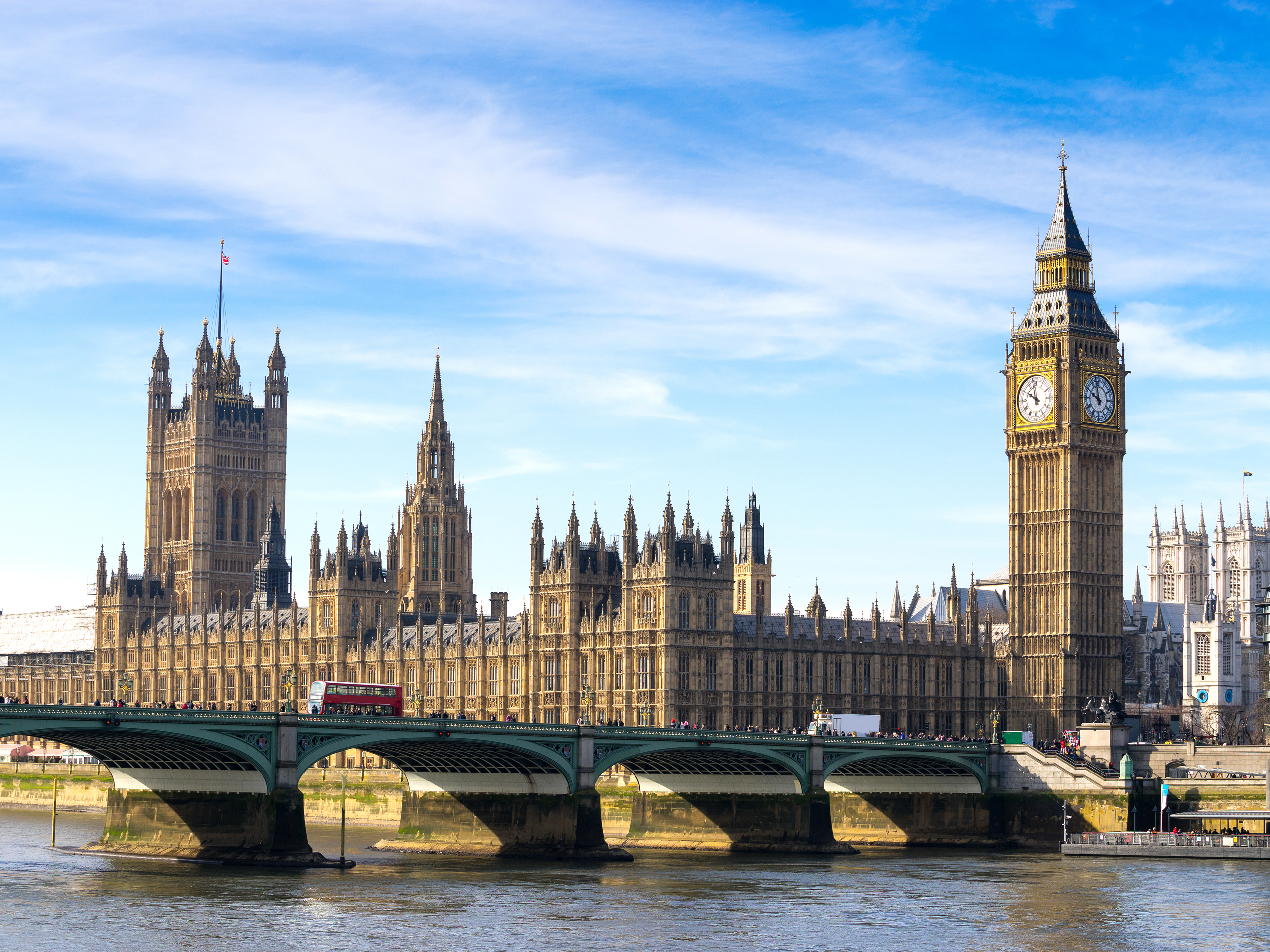 The Parliamentary Event for Commonwealth Scholars offers a rare opportunity to hear from British Members of Parliament and Peers in an informal setting. The event is a fantastic opportunity for Scholars to connect with and learn more about the roles of legislators and policymakers, as well as gaining an insight on the workings of the House of Commons and House of Lords in the UK.

Please see the Agenda and Speaker tabs for details of the programme and the speakers who will be joining us on the day.

Dr Alastair Niven LVO OBE, Chair of the CSFP Support Group and Trustee of the CEC

Richard Middleton, Chair of the Commonwealth Scholarship Commission in the UK

Dr Alastair Niven LVO OBE is a Trustee of the Council for Education in the Commonwealth and chairs the Support Group for the Commonwealth Scholarship and Fellowship Plan. He is an English literary scholar and author. He has been Director General of The Africa Centre, Director of Literature at the Arts Council of Great Britain and of the British Council, the Principal of Cumberland Lodge, and President of English PEN. He was a Commonwealth Scholar for two years at the University of Ghana where he undertook research in the field of African literature, receiving his Master’s degree and lecturing in English literature. He next lectured in English literature at the University of Leeds, where he received his Doctorate, and then taught English Studies at Stirling University, where he was given charge of Commonwealth literature.

Richard Middleton is Chair of the Commonwealth Scholarship Commission (CSC) in the United Kingdom and Chief Operating Officer at the University of Southampton. As Chair of the CSC, Richard is responsible for formulating the CSC’s strategy, ensuring that the CSC, in reaching decisions, takes proper account of guidance provided by the Secretary of State for Foreign, Commonwealth and Development Affairs at the Foreign, Commonwealth and Development Office (FCDO), promoting the efficient and effective use of staff, Commissioner expertise and other resources, encouraging high standards of propriety and representing the views of the CSC to the general public.  As Chair, Richard works with the lead Minister in FCDO, Lord Ahmad of Wimbledon, to ensure that the CSC can play a full part in achieving FCDO strategic objectives.

Stephen Twigg is the Secretary-General of the Commonwealth Parliamentary Association.

He was a British Labour Co-op politician who was Member of Parliament for Enfield Southgate from 1997 to 2005, and for Liverpool West Derby from 2010 to 2019.  Between 2001 and 2005 he was a government minister, serving first as Deputy Leader of the House of Commons and then held the post of Minister for Schools between 2002 to 2005.

He returned to parliament in 2010, after he was elected Member of Parliament for Liverpool West Derby. Following Ed Miliband’s election to the Labour leadership, Stephen was made a Shadow Foreign Office Minister and later, until 2013, Shadow Secretary of State for Education. Stephen chaired the International Development Select Committee between 2015 and 2019.

Lord Ahmad of Wimbledon was made a life peer in January 2011.  Before his time in Parliament, Lord Ahmad had a 20-year career in the City working in banking and finance, including at the NatWest Group where he was a senior manager in corporate banking and financial markets. He was later Vice-President and Marketing Director of Alliance Bernstein and his last role before joining the government was as Strategy and Marketing Director at Sucden Financial. After the 2017 general election, Lord Ahmad was appointed Minister of State at the Foreign and Commonwealth Office with responsibilities to the Commonwealth, the United Nations, and the Prime Minister’s Special Representative on Preventing Sexual Violence in Conflict and later South Asia. Lord Ahmad was made joint FCO-DFID Minister of State for South Asia, the Commonwealth and United Nations in February 2020. He is now for the Minister for South Asia and the Commonwealth at the Foreign, Commonwealth & Development Office (FCDO).

As Minister of State, Lord Ahmad’s responsibilities include:

On a temporary basis, the Minister is also responsible for:

Baroness Sugg CBE was the Minister for Overseas Territories and Sustainable Development at the Foreign, Commonwealth & Development Office (FCDO) from September until November 2020. She was first appointed as a Parliamentary Under Secretary of State in the Foreign & Commonwealth Office and the Department for International Development on 13 February 2020.

Baroness Sugg was also the Prime Minister’s Special Envoy for Girls’ Education from March to November 2020.

Previously she was Parliamentary Under Secretary of State at the Department for International Development from 23 April 2019 to 13 February 2020, Government Whip (Baroness in Waiting) from 15 June 2017 to 26 July 2019 and Parliamentary Under Secretary of State for Transport from October 2017 to April 2019. Baroness Sugg became a Conservative life peer on 30 August 2016.

As a member of All-Party Parliamentary Groups (APPGs) such as the Population, Development and Reproductive Health APPG (of which she is also co-chair), Baroness Sugg works to promote gender equality, sexual & reproductive health, and quality education for all.

Paul Blomfield MP has been the Member of Parliament for Sheffield Central since 2010. While still at school, Paul joined the Anti-Apartheid Movement (AAM) to campaign for democracy and human rights for all the people of South Africa. Sheffield AAM, which Paul set up, became the UK’s biggest anti-apartheid group and he was part of the Movement’s national leadership for 25 years.

He was Chair of Sheffield Labour Party for 15 years from 1993. Before his election in 2010, Paul was General Manager of the University of Sheffield’s award-winning Students’ Union, with responsibility for 800 staff and an annual turnover of £11 million. He was the Chair of the Sheffield City Trust between 1997 and 2008, responsible for all of Sheffield’s major leisure and sports facilities. Paul has been a Shadow Minister for Exiting the European Union since October 2016 to April 2020 and Shadow Minister for Brexit and EU Negotiations from 2020 to 2021.

Blomfield was a member of the Business, Innovation and Skills (BIS) Select Committee between 2010 and 2016. He is Chair of the All-Party Parliamentary Group (APPG) for Students, which he founded, Co-Chair of the APPG for International Students, which he founded with Lord Karan Bilimoria, and Secretary of the APPG for Universities. He served on the Higher Education and Research Bill Committee and was voted The Guardian newspaper’s ‘most inspiring leader in higher education’ in 2015.

Dr Joanna Newman MBE FRSA is Chief Executive and Secretary General of the Association of Commonwealth Universities (ACU) – an international organisation dedicated to building a better world through higher education, with more than 500 member universities in over 50 countries. She is the first female Secretary General of the ACU, and in this role also directs the administration of the UK government’s three main international scholarship programmes – Chevening, Commonwealth, and Marshall Scholarships – as well as the multilateral Queen Elizabeth Commonwealth Scholarships.

Joanna serves on a number of boards, including the United Nations Sustainable Development Solutions Network’s Leadership Council, the High-level Advisory Group for Mission 4.7, and as a lay member of the Council of Cardiff University. She is a Senior Research Fellow in History at King’s College London. Her most recent publication is Nearly the New World: The British West Indies and the Flight from Nazism, 1933-1945. In 2014, Joanna was awarded an MBE in recognition of her work promoting British higher education internationally.