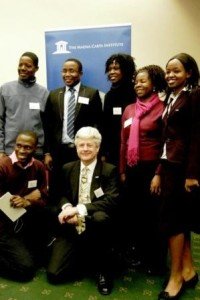 The Magna Carta Institute at Brunel University held an event on 6 March 2010 looking at the British General Election to be held in May 2010.

The event featured a number of eminent speakers, including:

Discussions covered polling, coverage of the campaign in the media, and the likely outcome of the election. Professor Fisher commented that:

The event was lively and included a great deal of interaction with the audience. Overall, the day was a great success, with many scholars enthusing about such a stimulating day.