The Summer School, which was hosted by the University of Buea in Cameroon, brought together delegates from 11 countries, from the South Pacific to the Caribbean, as well as representatives from all eight state universities in Cameroon.

In addition to a full programme of lectures and discussions regarding the policy role of the modern Commonwealth, attendees had the opportunity to take part in a formal consultation organised by the Commonwealth Youth Programme. They were also able to advance their own research skills at a forum hosted by the EU-sponsored RIMI4AC project to strengthen research and innovation management in Africa and the Caribbean. A busy week was rounded off with a tour of cultural sites in the region.

Photos of the event are available on the University of Buea website. 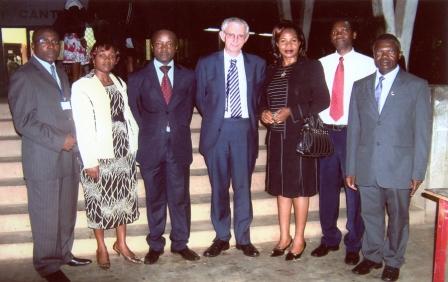