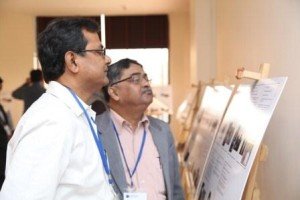 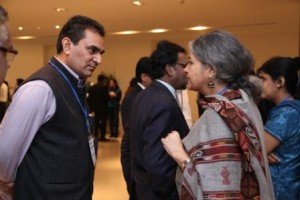 Alumni had plenty of networking opportunities

An event in New Delhi brought together more than 90 Commonwealth Scholars and Fellows to celebrate their achievements and to plan future networking opportunities for alumni in the region. The alumni were drawn from a wide range of academic backgrounds, and represented the span of the Commonwealth Scholarship and Fellowship Plan, ranging from 22 to 76 years of age.

The British Council-hosted meeting on 9 November 2013 was held at The Lalit Hotel, New Delhi. The day-long event combined informal networking, together with some professional development sessions. The main focus was on discussion over the establishment of a local association for Indian Commonwealth Scholarships alumni. Much time was spent considering the objectives and activities of such an association. An important aspect of such a group was the capacity to support other award holders and a desire to drive forward social change and policy formation.

Other highlights of the day included the display of photos alumni had been asked to bring from their time in the UK, and presentations by scholars and fellows on the life-changing impact of their awards. An evening reception allowed guests to review a busy and productive day, as well as look forward to future events with the formation of the association.