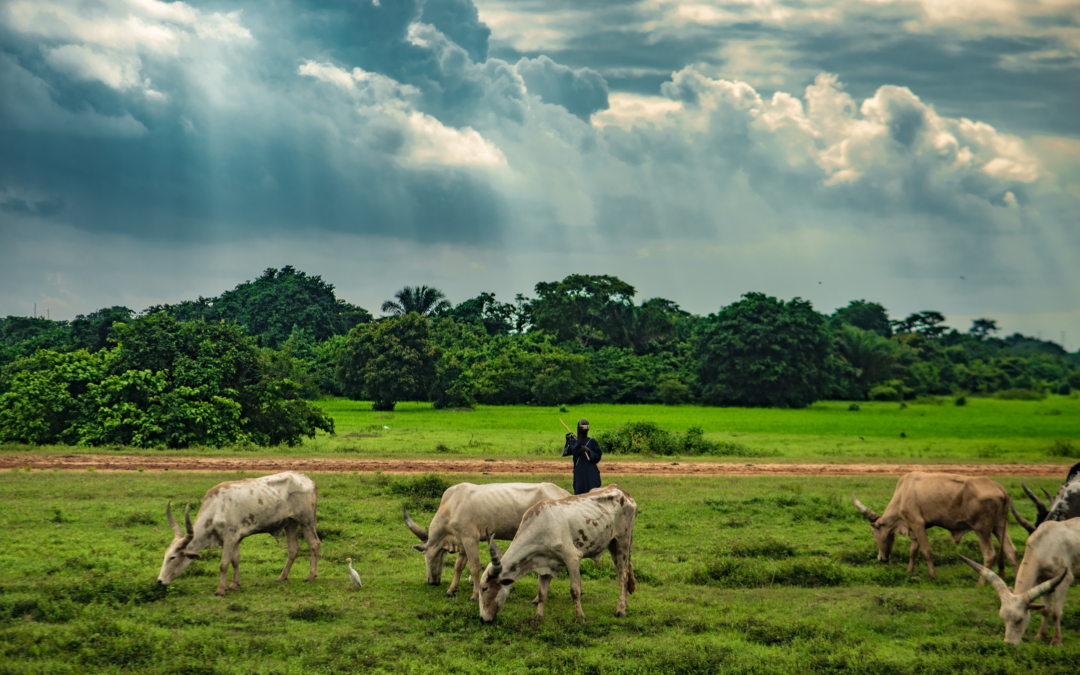 Today’s youth will bear the burden of climate change impacts that are already in motion. But education, outreach, and advocacy can be crucial tools in bringing young people together in the struggle against climate change. As Commonwealth Scholar Babatunde Osho explains, improving cross-sectoral collaboration and climate research must be built around youth engagement and effective institutional leadership to be effective.

To be effective in tackling the climate crisis, we need to engage and enable young people in this struggle. Through education and leadership, and by listening to the concerns of young people, we can raise awareness and build collaborative action to overcome the detrimental challenges posed by the climate crisis.

Over the past few years I have been working for Earthplus Sustainability Network, a non-profit organisation championing environmental sustainability and youth engagement in Africa. Through the Earthplus Sustainability Network I have been involved in several projects aimed at amplifying the voices of young people in environmental policymaking, including the ‘We Are Tomorrow Global Partnership’, an advocacy network of youth organisations across ten countries. Before beginning my scholarship, I also played a key role in organising a dialogue event on ‘Nigeria and the Sustainability Agenda’, which brought together experts from the agriculture, energy, transport, and infrastructure sectors to articulate the role of young people in the Sectoral Action Plans for Nigeria’s Nationally Determined Contributions under the Paris Agreement.

These projects revealed to me the urgent need to engage with young people about the climate crisis, improving access to information and advocating for greater youth involvement and leadership in local communities. My experience at the Earthplus Sustainability Network also inspired consciousness of the importance of improving climate research across different sectors and contributing to the body of climate science knowledge at both regional and global levels.

In terms of research publication output on climate change by region, Africa is amongst the least represented in the world despite producing many eminent climate scientists and researchers. My motivation for enhancing climate research in East Africa stems from this fact. To improve our resilience to climate shocks and empower young people to be involved in climate action, we need to build an evidence-base for understanding climate phenomena.

In climate science, there is considerable research taking place to produce climate models to deepen existing knowledge of past climate conditions and anticipate what the future climate might look like. In essence, models are extremely valuable in climate research. The recent report by the Intergovernmental Panel on Climate Change (IPCC) is an example of research amalgamating climate modelling to understand the ‘state of knowledge about possible climate futures.’

In East Africa, the existing climate models indicate it is getting wetter during the annual long rainy season which occurs from March to May. Projections by these models also show that this will continue across the region until the end of the century – but the current reality as experienced by people in this region reveals a more nuanced picture. Specifically, a significant decline in the long rains have been observed since the 1980s. Changes to the pattern of rainfall in East Africa present real challenges to the population. This disjunction between the projections and the reality is known as the East African Climate Paradox.

East Africa is highly dependent on agriculture, for food production and economic activity, so the implication of a shorter rainy season means there is less moisture for crops which places stress on agricultural production and food security. At the same time, the increasing volume of rainfall at other times of the year creates a higher risk of natural disasters, such as flooding, which endanger lives and people’s livelihoods. With the increasingly unpredictable weather and climate patterns in the region, there is a possibility of further insecurity in agricultural production and food supply.

My research considers two different variables: precipitation and temperature. Precipitation is very important for the region and there is lots of existing research on the climate paradox in East Africa focusing on changes in precipitation patterns. However, there have been few investigations into the paradox from the perspective of temperature variabilities and changes, which also has an influence on crop growth and production.

In addition, the relationship between these two variables, especially in terms of underlying physical processes, has not been conclusively established. So, my research, which aims to find out if the temperature and precipitation variables correlate, investigates past and projected changes in temperature across East Africa by considering individual model outputs. Essentially, one of the main goals is to assess the ability of selected models to reproduce past climate and how this might inform confidence in projections for the long-term future. The research question hinges on whether models showing large precipitation trends show similar patterns for temperature compared with models showing smaller precipitation. In undertaking this research, I hope to contribute to a better understanding of the East African Paradox by improving the quality of scientific information on the region. This will enhance adaptation measures in East Africa in the long term.

Unfortunately, there is a further paradox in this area of research. One of the major challenges in climate research is inadequate observational data for Africa generally. In order to engage with policymakers about this research and the issues it highlights, we need more data to demonstrate the impact of climate change on the continent, but to obtain this data there is a need for government and research institutions to be progressive in their approach to addressing climate change. Having funding support from governments and donor agencies will also help in this regard.

Therefore, I propose to use my skills and experience in advocacy to engage with government agencies and non-governmental organisations in Nigeria to highlight how climate change is impacting people’s lives in profound ways right now as well as aggravating existing national crises such as poverty and insecurity. By revealing how climate change interacts with and exacerbates current development challenges, I hope to enhance evidence-based policymaking in the long term. Environmental policy decisions should be data-driven, forward-looking, and human-focused to be effective, and this change can only be achieved through functional institutions.

Looking to the future: youth engagement and education

As such, the need to train young people to be aware of climate change impacts and prepare communities for severe climate occurrences is essential. This can be done through education and by creating leadership around these issues.

Currently, many young people in Africa are unaware of the impact climate change can have. So, it is imperative to embed climate education at the primary, secondary, and tertiary learning stages, and to inform young people about climate risks through community outreach. There also needs to be collaboration across different sectors on climate action, for example in healthcare and agriculture. We also need to facilitate young people’s involvement in environmental policy and decision-making within these different sectors.

My vision is for an improved system of governance that can influence cross-sectoral climate change adaptive measures within the scope of ongoing efforts to address poverty. After my scholarship, I intend to actively engage with the Commonwealth Alumni network to explore how access to decision-makers can be better achieved to foster development-focused conversations.

Babatunde Osho is a 2020 Commonwealth Shared Scholar from Nigeria studying for an MSc in Climate Change Science and Policy at the University of Bristol.