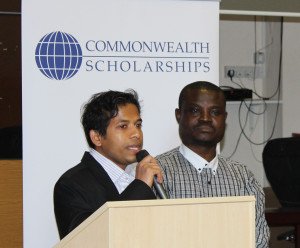 In the first Commonwealth Scholars Regional Network conference of the year, Scholars explored ‘How to make an impact in your home country whilst studying abroad’. Organised by Midlands and Oxford Coordinator Mustak Ibn Ayub, 2012 Commonwealth Scholar from Bangladesh (PhD Molecular Mechanisms of Cancer, University of Oxford), the conference took place on Friday 1 May 2015 at Hertford College, University of Oxford and was attended by over 50 participants.

The impact of Commonwealth Scholarships from the host university point of view was also represented during the plenary session, with the presentation from Dr Linda East, Assistant Professor of Health Sciences at the University of Nottingham, on ‘Advancing nursing across continents: a UK course leader’s perspective on the contribution of Commonwealth Scholars’.

The event also included selected presentations from Scholars on their contributions in home countries, research visits to museums in Oxford, and group discussion sessions to share ideas and reflect on key actions that Scholars can take during their time in the UK. The discussions were very fruitful, with the final feedback presentations from groups highlighting the range of ideas for activities that Scholars can get involved in. 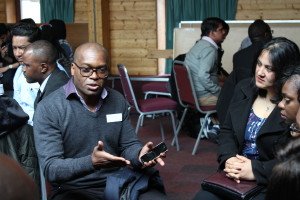