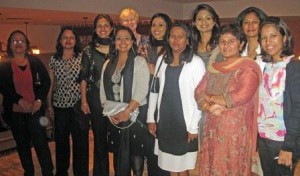 The recent Conference of Commonwealth Education Ministers (CCEM) held in Mauritius provided an opportunity to convene a focus discussion group on gender on 29 August 2012.

The participants also discussed whether a new CSC Gender Network could help support award holders and alumni in this area.