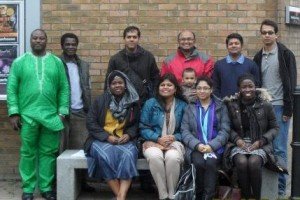 A social meeting was organised by the North West Regional Network of Commonwealth Scholars and Fellows at the University of Lancaster on 9 June 2012. Eleven scholars from three universities in the North West of the UK shared their research and personal experiences.

Researchers from the Universities of Lancaster, Liverpool and Manchester explained their diverse array of research to fellow Scholars. Research topics included:

As well as sharing their academic experiences in different faculties of different universities, Scholars also shared their more general experiences of life in the UK. A short tour of the university and the city of Lancaster followed the meeting.

Scholars strongly emphasised the need for regular social events to encourage intra- and interdisciplinary networking amongst Commonwealth Scholars and Fellows from different countries while they are in the UK.