Prince Tommy Williams is a 2011 Commonwealth Professional Fellow from Sierra Leone. His Fellowship is hosted by LifeLine Network International, a group of grassroots community organisations and NGOs based in 16 countries around the world. Prince is the IT Manager at LifeLine in Sierra Leone. 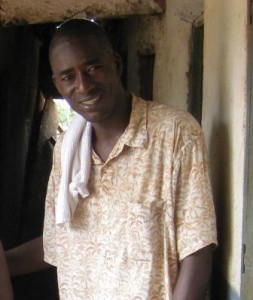 ‘During the long lasting war in Sierra Leone I was captured by the rebels in 1997 at the age of 15. I was with them in the jungle for about 18 months before I managed to escape, and I found myself pickpocketing in the capital city, Freetown. I was caught trying to pickpocket one day, and I had no excuse or defence. A huge crowd surrounded me to beat me to death but a man, the late Richard M Cole, founder of the Lifeline Nehemiah Project in Sierra Leone, convinced the crowd to allow me to go with him to his boys’ home instead. Richard helped countless boys to emerge victorious despite their past through his boys’ home. I am one among the countless examples of his success and, as part of a four-man team, I now work to replicate his vision for the nation of Sierra Leone, and its young people.’