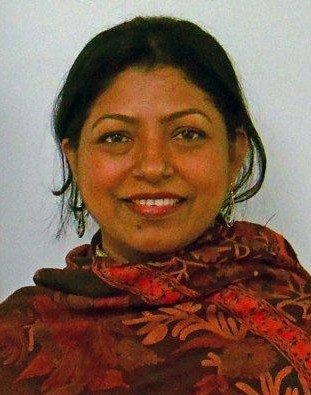 Monira Rahman was a 2012 Commonwealth Professional Fellow hosted by Acid Survivors Trust International. She is Executive Director of the Acid Survivors Foundation in Bangladesh.

During her Fellowship, Monira spent three months closely observing the interventions of the UK government and charities to protect the rights of victims of gender-based violence and people with disfigurements, and campaign towards changing social attitudes towards those issues in the UK.

Monira had placements at Changing Faces, where she learnt about the ‘Changing lives and changing minds’ campaign, and Refuge (the domestic abuse charity), where she shadowed the National Domestic Violence Helpline and visited Refuge-run shelters. She also visited burns units in hospitals in Bristol and Swansea and learnt important approaches for treating burn victims. Read more about Monira’s Fellowship in Commonwealth Scholarships News, Issue 16

‘Through my Professional Fellowship, I learnt that there is a huge body of knowledge on changing attitudes to and combating domestic violence that is directly relevant to those of us working in developing countries, and we need better, stronger, and more effective international networking with sister organisations to share resources and knowledge.’

Since returning to Bangladesh, Monira has secured funding to implement an orientation programme on theory of change and monitoring and evaluation for 12 lead personnel at Acid Survivors Foundation. She is also organising an international conference of 100 acid survivors from Bangladesh, Pakistan, India, Nepal, Cambodia and Uganda, followed by an international meeting of 100 professionals representing these countries to set minimum standards for psychosocial and mental health care services for acid and burn violence victims. These meetings will be facilitated by the Centre for Appearance Research at the University of West England, Changing Faces, and Interburns – all of whom Monira made links with during her Fellowship.

‘This initiative will be first in its kind and will allow these countries to advocate to strengthen psychosocial and mental health services for the victims of gender-based violence.’

Monira was also featured in the UK Guardian’s live coverage of One Billion Rising and as the Women in the World Foundation’s Woman of the Week.