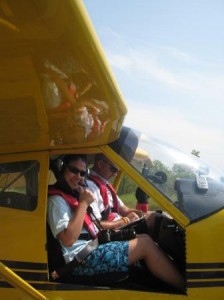 Dr Louisa Ponnampalam is a2004 Commonwealth Scholar from Malaysia, who studied for a PhD in Habitat Use and Conservation of Small Dolphins, at the University Marine Biological Station Millport. She has been awarded a 2014 Pew Fellowship in Marine Conservation to conduct new research on Malaysia’s dugong population. The dugong is closely related to the manatee and is listed as ‘vulnerable’ on the International Union for Conservation of Nature’s Red List of Threatened Species. The colonies of dugongs in Louisa’s selected area of Malaysia are considered to be critically endangered.

Louisa will focus on the islands off the eastern coast of Johor in the Peninsular Malaysia. As Malaysia emerges as a developing nation, the coast faces enormous changes. These developments tend to disrupt the local marine environment and populations. Louisa’s grant will be used to identify the most frequented areas of the remaining dugong population. Locating these habitats is the first step in protecting them. Recipients of the Pew Fellows Marine Conservation grants have a three-year period to conduct projects targeting conservation issues. For Louisa, dugong habitat protection is the first priority.

Visual, acoustic, and underwater surveys will shed light on the dugongs’ patterns in Peninsular Malaysia. New information derived from this scientific data will then be analysed by Louisa’s team and shared with fellow marine biologists. This project assists in Malaysia’s obligation to the Convention of Biological Diversity, which requires that 10% of the country’s coastal and marine areas be protected by the year 2020. This research will contribute to the ongoing efforts to plan and establish protected territories for the dugongs.

This fellowship is also an opportunity to pursue the gaps in knowledge of dugongs beyond their usual habitats. Seagrass areas are potentially just as important to the animals’ lifespan as are their preferred living areas. These seagrass beds support the dugongs’ habitat and diet, as well as a diverse array of Malaysian marine life. Louisa will oversee an investigation of how seagrass sustains the dugongs and other local underwater colonies. This data aids in determining the importance of areas where the plant is abundant. By studying seagrass and sediments for containments, the team can also assess environmental pollutants that threaten marine communities.

Aside from industrial Malaysian developments, the dugongs cope with a number of dangers. They are threatened by commercial fishing, expanding coastal developments, and a lack of habitat protection. Louisa has been concerned with defending dugongs throughout her education. During her Commonwealth Scholarship, she specialised in the ecology and conservation of marine mammals. The year after her scholarship ended, Louisa started the Langkawi Dolphin Research Project. This organisation studies Indo-Pacific finless porpoises and humpback dolphins, two groups that were under-represented in scientific studies.

Louisa’s other continuous commitment is to the MareCet Research Organization. She co-founded this group as a way to increase scientific knowledge, conservation efforts, and public awareness toward dugongs and other marine mammals. MareCet is the first of its kind as a non-profit, non-governmental organisation implemented to research and protect Malaysian marine life.