On 24 November 2010, a group of Commonwealth Scholars attended the Royal Society Pfizer Award ceremony in London.

The award is designed to reward scientists based in Africa at the outset of their career, and was won by Kenyan scientist Dr Collins Ouma (pictured here with Commonwealth Scholars, fourth from right), for his research into severe malarial anaemia, one of the leading causes of paediatric mortality in sub-Saharan Africa. 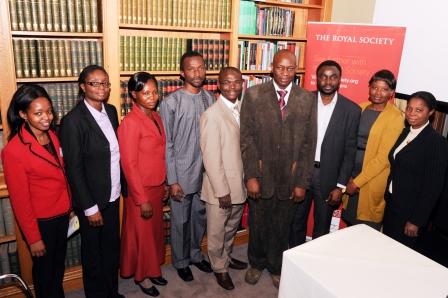