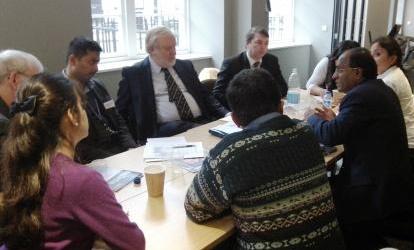 A group of Commonwealth Scholars and Fellows had the opportunity to discuss their experiences as researchers in their home countries at a round table with the Commons Science and Technology Committee yesterday.

The round table, which was convened as part of the Select Committee’s inquiry into science and international development, gave the MPs a chance to meet scientists from a range of developing countries and explore the challenges they face. It followed written evidence submitted to the inquiry by the CSC, and oral evidence given by Dr John Kirkland, Executive Secretary (and Deputy Secretary General of the Association of Commonwealth Universities).