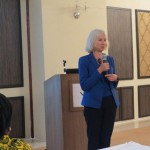 HE Dianna Melrose speaking at the Tanzanian alumni meeting

Alumni from across Tanzania gathered for a meeting and reception hosted by the British Council, on 12December 2013 at the New Africa Hotel, Dar es Salaam.

The alumni took part in a focus group discussion, and agreed that an association would be a great resource for them. They identified aspects that would have particular benefit to them, such as the ability for informal and professional networking, the scope for providing mentoring, and the ability to allow them to contribute to national development by engaging in policy dialogue. 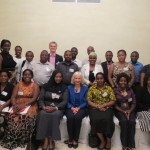 gave her support to the alumni by offering her residence for their future meetings and association launch. She also took the opportunity to encourage the alumni to network with the wider UK alumni association in Tanzania.