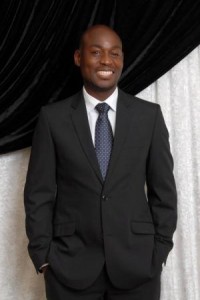 Dr Timothy Sizwe Phakathi is the Deputy Head of Safety and Sustainable Development at the Chamber of Mines and Employer Convenor of the Culture Transformation Advisory Committee (CTAC), at the Mine Health and Safety Council (MHSC) of South Africa. Through his professional and research work, he has been committed to improving labour and safety conditions in the important economic area of South Africa’s mining sector.

Timothy is a 2005 Commonwealth Scholar from South Africa, who studied for his DPhil at the University of Oxford, researching labour conditions in the mining sector in South Africa. Timothy’s fieldwork involved living in the mine hostel and going underground with mineworkers for full production shifts over an extended period of time investigating the influence of organisational, economic, human, social and cultural factors on the productivity, safety and health of mineworkers.

Timothy is the co-founder of Stratfield Performance Consulting as well as founder of Mjaji Research and Development (MRD). At the Chamber of Mines, he has been facilitating the implementation of the minister-backed Culture Transformation Framework for the South African mining sector and working with stakeholders to ensure safer workplace conditions for the industry.

In January 2014, Timothy was the only South African selected as an ‘Emerging Leader in African Mining’ and invited, with other emerging leaders from 16 other African countries, to attend a two-week African mining business leadership programme organised by the International Mining for Development Centre (IM4DC) in Cape Town.

In April 2014, a paper based on his PhD research, titled ‘Getting on and getting by: Gold miners’ informal work practice of making a plan (planisa)’, was selected by the Journal of Organizational Ethnography (2(2):126-149, 2013) as the ‘Most Outstanding Paper’ published in the journal in 2013.

In 2010, prior to publication, this paper was awarded the annual Oxford University’s Ngo Future of Work (FOW) Prize. This prize is awarded to an aspiring researcher who has contributed significantly to the growing body of knowledge enabling people to understand the future of work in the field. The prize is open to all disciplines and work-related research.

In 2003, Timothy’s journal article ‘Self-directed work teams in a deep-level gold mining workplace’ was selected as the ‘Most Outstanding Journal Paper’ in 2002 by the Editorial Team of the Journal of Workplace Learning (14(7):278-285, 2013). He was subsequently awarded the Emerald Literati Club Award of Excellence.

As well as his professional work in improving conditions in the mining sector, Timothy has authored and co-authored a number of research and change management reports, conference presentations, journal articles, monographs and book chapters. He is currently preparing a book publication based on his PhD research on the impact of informal workplace practices, organisational culture and human factors on safe production in the South African mining industry.