In March 2022, Commonwealth Alumnus Dr Naveen Pandey delivered a workshop titled ‘We Can Mitigate and Adapt to Climate Change Through Education (WeMAC-e)’ in Kaziranga, northeast India. The aim of the ACEF workshop was to raise awareness of climate change in Kaziranga, inform residents about the far-reaching impact of climate change on humans and animals, and how they can increase their resilience and adapt to climate change. 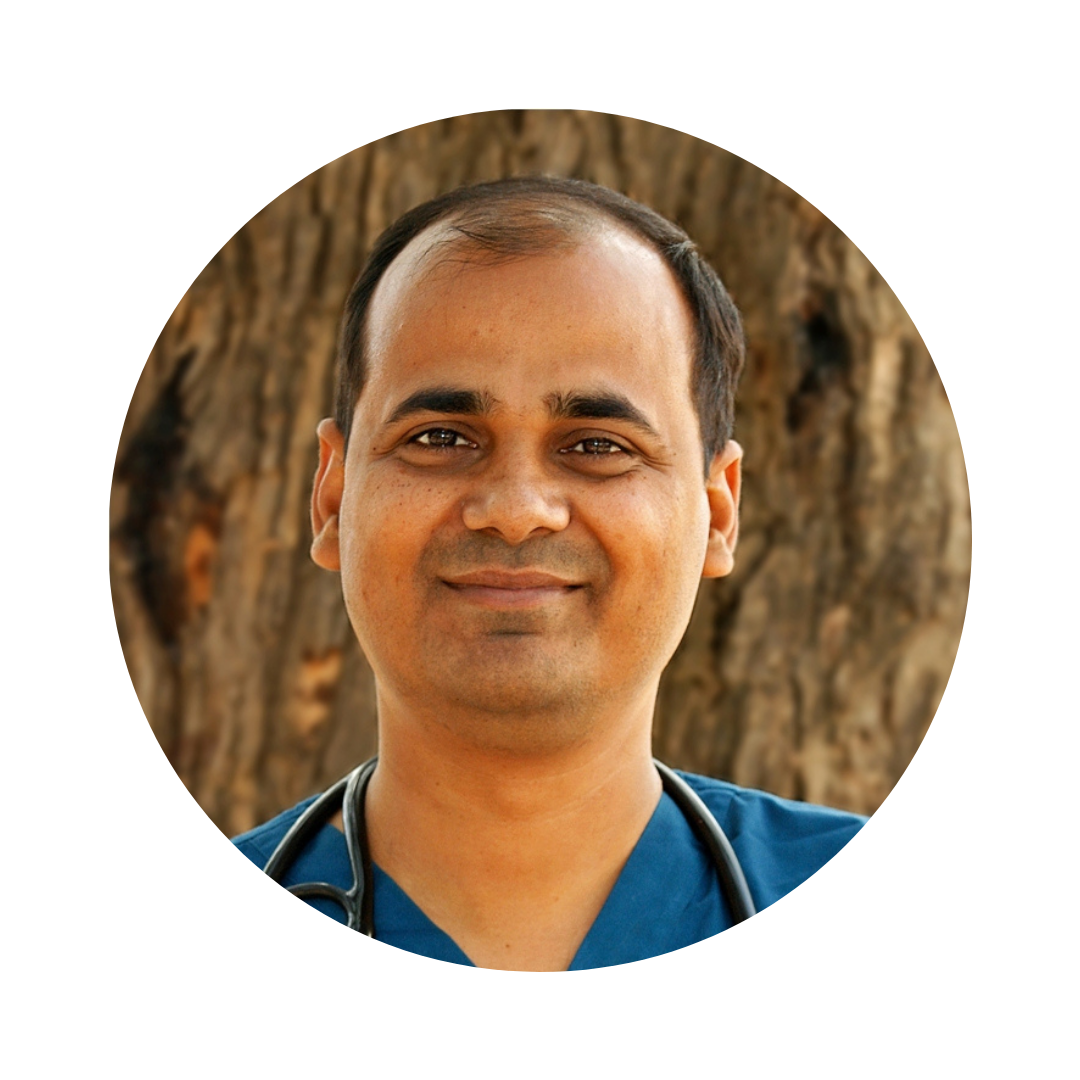 Dr Pandey has been involved in developing educational materials for One Health, conservation education, sustainable farming, and climate change for over a decade and is a member of the International Union for Conservation of Nature (IUCN) Commission on Education and Communication. He has two decades of experience working in rural India alongside resource persons at The Corbett Foundation, an NGO operating around Kaziranga National Park. Dr Pandey was joined by speakers from The Corbett Foundation to deliver his ACEF activity.

Since the mid-20th century, India has recorded many climate-related changes. This includes a rise in average and extreme temperatures; an increased number of rainfall events and droughts; rising sea levels; and an increase in the intensity of severe cyclones, alongside other changes in the monsoon system, including a decrease in monsoon precipitation.

There is overwhelming scientific evidence that human activities have influenced these changes. The 2020 Government of India report, ‘Assessment of climate change over Indian region’, highlights the average temperature in India has risen by approximately 0.7°C from 1901 to 2018. This temperature rise is largely caused by Green House Gas-induced warming, partially offset by anthropogenic aerosols and changes in land use/ land cover (LULC).

Across the OECD, rural regions cover 80% of the territory and are home to approximately 30% of the population. Climate change policies are often spatially blind, targeted to specific sectors, or applied uniformly within countries, raising the risk of policy fragmentation and sub-optimal outcomes. This can lead to ineffective use of public funds and trade-offs between climate change mitigation and other policy goals, as outlined in the OECD’s Rural Agenda for Climate Action.

Dr Pandey’s activity attempted to engage various sections of rural society in the Sukkanigaon and Jhaporipathar villages adjoining the Kaziranga National Park to discuss their climate-related challenges and connect them to sustainability and food security initiatives to sensitise the local population to climate action.

Tailoring the workshop to local needs

Dr Pandey’s activity addressed UN Sustainable Development Goal (SDG) 13.3 which relates to the building of knowledge and capacity to meet climate change. In advance of the workshop, he organised two cluster-level meetings with 12 villagers in the fringe villages of Kaziranga National Park between 15-and 20 March 2022. Supported by the local Eco-Development Committees (EDCs), these meetings were aimed at community mobilisation and formed the groundwork for Dr Pandey to deliver two workshops for 45 participants on climate change and climate action.

The workshops targeted people from different walks of life and participants included teachers, students, forest department personnel, NGO workers, weavers, and agriculturists from the two villages. Participants were motivated to attend the workshop as there had been no previous talks on climate change and climate action at the local rural level despite them being vulnerable to climate change to a higher degree than most others.

The workshop content was tailored to meet the needs and understand the issues facing the villages so that they would recognise the impact of climate change in their everyday lives. The examples used in the presentations and discussions were carefully selected for this reason and the speakers did not use technical terminology or unnecessary jargon that participants may not understand. 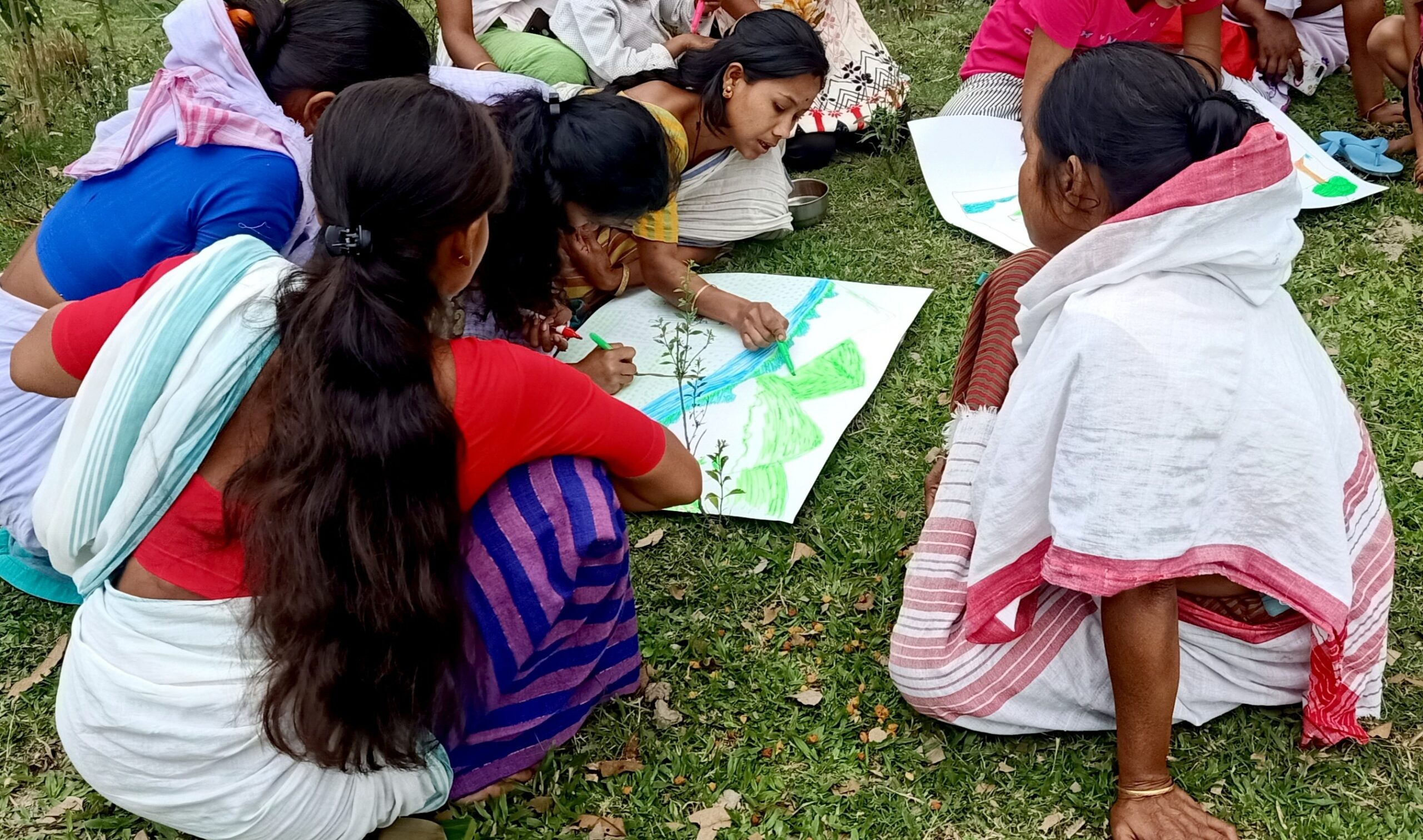 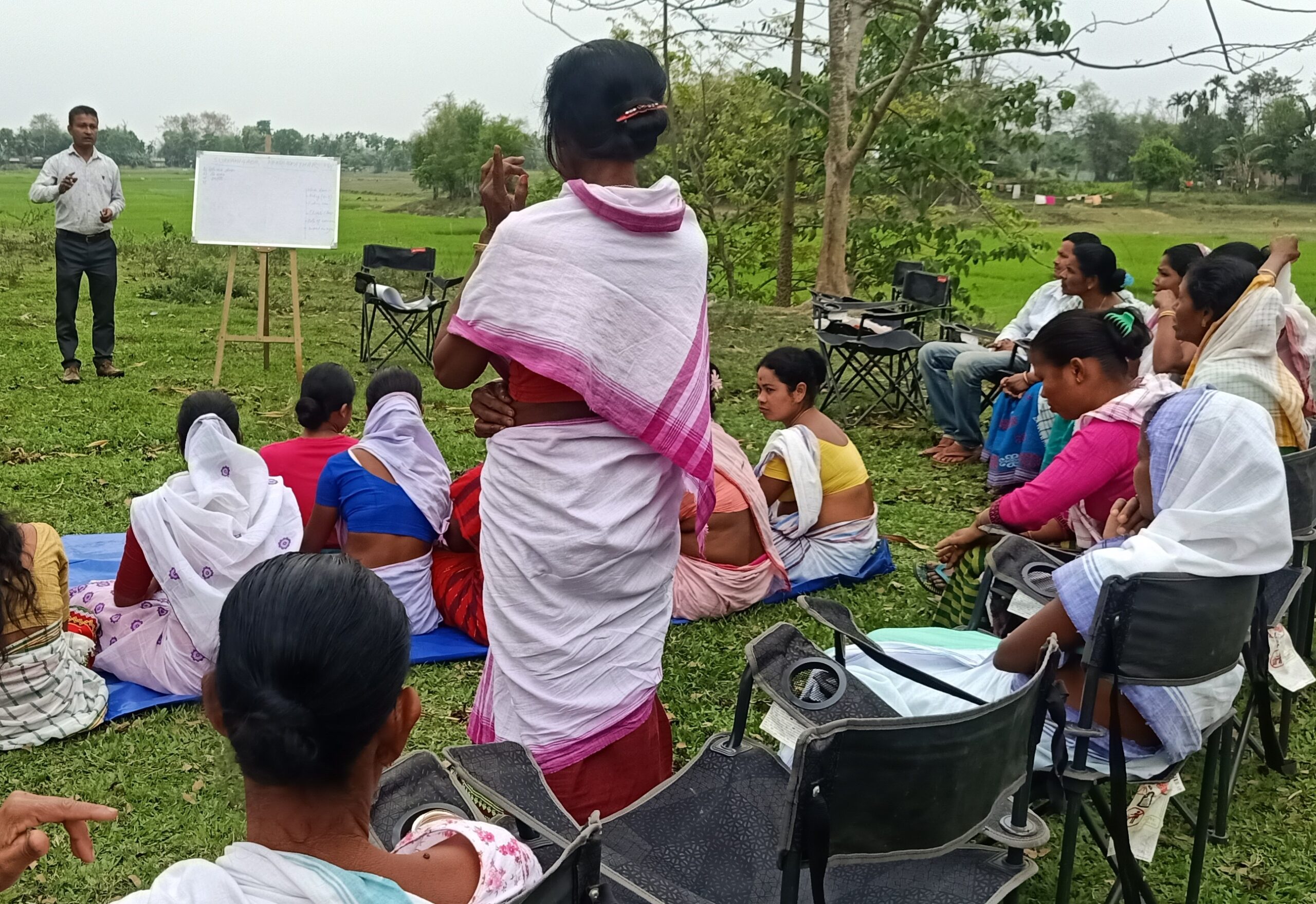 The workshop was built around presentations from Dr Pandey and speakers from The Corbett Foundation followed by questions from attendees and short debates on how climate change has impacted the rural sector. This included an insights session on how the villages have addressed issues related to food security, what immediate challenges they perceived, and what local level mitigation measures could be implemented. Rather than imposing climate action points from outside, the workshop attempted to derive the climate action points from participants at the rural level. Simple educational tools like placards, drawings, mind mapping, and poster-making were used for attendees to share ideas and record learnings.

Dr Pandey and speakers from The Corbett Foundation shared how climate change is impacting crop productivity and food security. Rice crop is the only crop form that can be grown by agriculturalists in the villages and its production is severely affected by flooding. Participants learned the ways in which climate change influences rice crops through increased atmospheric CO2 and changes in temperature and rainfall. They were also introduced to the importance of climate adaptation strategies to minimise the impact on crop production and ways to potentially increase productivity. This included farming alternative rice crops and the improved management of fertilisers.

Living close to the forest, villages are also affected by human-wildlife conflict in paddy fields and by disease threats at the wildlife-livestock interface. These issues have been exacerbated by climate change and human interaction with nature as habitats have been destroyed, forcing wildlife to move closer to human settlements. The workshop touched on local experiences of this shrinking space between different land users. Participants also took part in a walk to the riverbanks and fields around the villages to understand the climate change discussion in their context.

Dr Pandey reports that during the workshop it became evident that participants were not aware of the global effect of climate change and that the village could suffer from the actions of other communities and countries. Based on pre- and post-workshop responses from participants, there was a considerable difference in their understanding of climate change as a result of the workshop.

For the first time, the community realised that their choice of agricultural chemicals could affect the availability of honey, fish, and rice for other communities not living in the immediate vicinity. Participants also realised that they could support climate action through a few actions which they listed after an insight session: eat less meat and dairy; adopt traditional irrigation and cut electricity bills; reduce food wastage during production, transport, storage and consumption; respect green spaces around the villages; talk about the changes you make; make your voice heard by the policymakers.

Following the workshop, Dr Pandey received requests for further workshops in colleges near Kaziranga National Park that will help build momentum for climate change discussion and climate action. Dr Naveen Pandey has already agreed to conduct similar workshops for these colleges later in 2022.